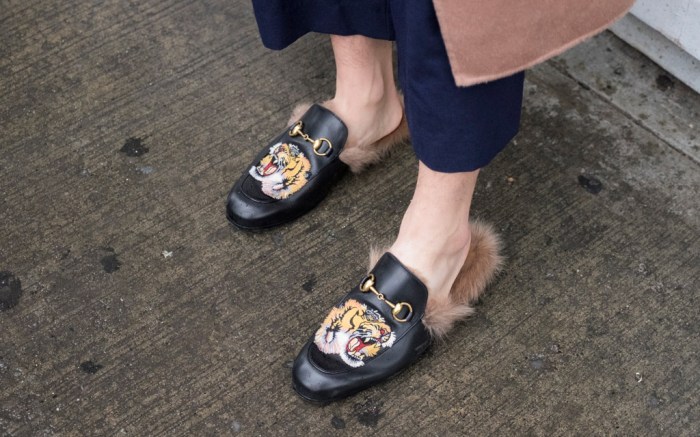 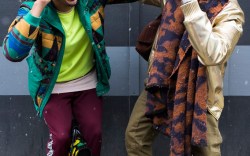 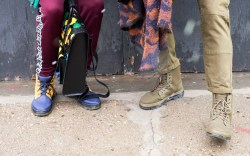 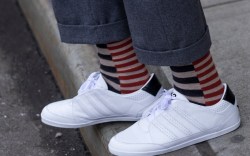 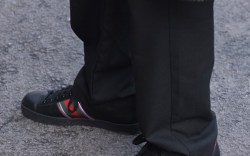 New York Fashion Week: Men’s has wrapped up, but we’re still taking some style inspiration from the street style captured outside the fall ’17 shows.

Sneakers, including pairs both by athletic brands and designer labels, were a popular choice. If there was any wonder whether the Adidas Superstar and Stan Smith had seen their best days, that notion was proven wrong. Our photographer spotted this group of sneaker-wearers on the street.

Aside from Adidas, Nike and Puma, we also spotted Vans, Saucony, Jordan Brand and Reebok, among others.

As for designer sneakers, there were pairs by Gucci, Givenchy and Y-3.

As spring approaches, prints continue to be a key trend. There were embroidered floral boots, printed sneakers and a pair of paisley-print red boots.