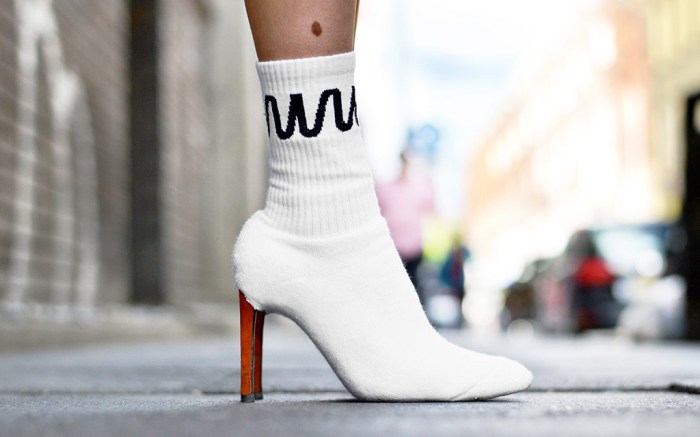 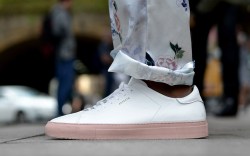 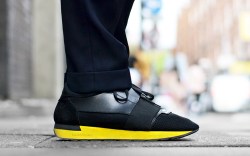 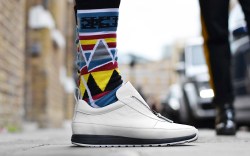 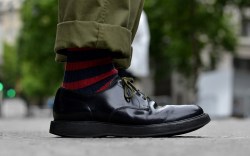 New York City’s popular feet photographers Lexi Cross and Huston Conti of the Instagram handle @shoesofnyc have crossed the pond to capture some of the best footwear in London, Florence, Milan, and Paris for men’s fashion week and the Pitti Uomo trade show. In the next few weeks, you’ll be finding some of those artfully shot images here. As part of a multicity street style photography event, these shots were taken by a network of local photographers and compiled by Cross and Conti. From luxury styles like Gucci and Alexander McQueen sneakers to daring looks like DIY sock heels and socks with sandals, Londoners know how to make statement with their footwear. Check out some of the most eye-catching men’s and women’s styles on the streets.

The Craziest Shoes Seen on the Streets of New York