The Top Shoes From Pitti Uomo 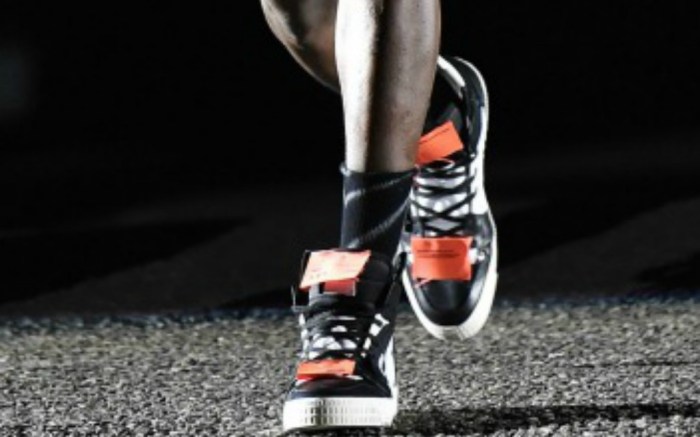 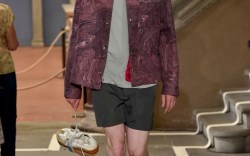 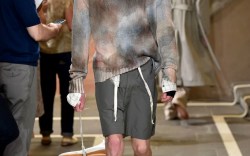 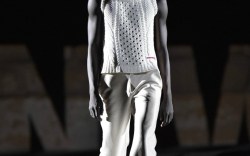 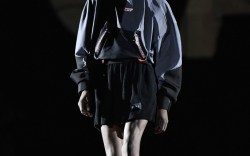 Pitti Uomo this season felt youthful and buzzy with major a focus on sneakers. No, the current men’s street shoe of choice ain’t going nowhere fast.  Said footwear trend also set the tone for the entire fair and while Pitti is generally known for sharp tailoring, the shoes ensured a more relaxed remix.

Off White’s Virgil Abloh, still teasing us by parading his eagerly anticipated collaboration with Nike Air Jordan on his own feet, produced the fair’s ultimate sneaker — not to mention being a contender for its most exciting collab.

His souped up interpretation of his label’s Off Court sneaker came high at the back like a boxing shoe with orange tabs on the tongue. The word ‘Sample’ came emblazoned on the sides. As Abloh told us backstage, Off White is, “first and foremost, a studio.”

Oh and as for aforementioned non-Nike collab, that was with Timberland — felted versions of the brand’s classic work boots done in day-glow orange. This surely goes head to head with J.W. Anderson’s hook up with Converse. The British designer showed tri-tone metallic Chuck Taylors with a glitter gradient. They presented a seriously jazzy foil for an otherwise pared down collection. So much more wearable than those crochet moccasins.

Also worthy of mention are Bally’s new archival styles, Hugo’s souped up skater shoes complete with arty paint splatter detailing and Federico Curradi distressed sneakers inspired by historical Florentine football. His models actually went bare foot, carrying their shoes by the laces as if they had just wandered off the pitch and onto the runway.

On the luxury front it was all about Louis Leeman’s L.A. inspired collection and, of course, Christian Louboutin. The latter didn’t do an official presentation. Rather it staged a bicycle polo tournament to debut a new key sneaker style for fall ’17, its Aurelien low-top sneaker. See-now-buy-now on two wheels.