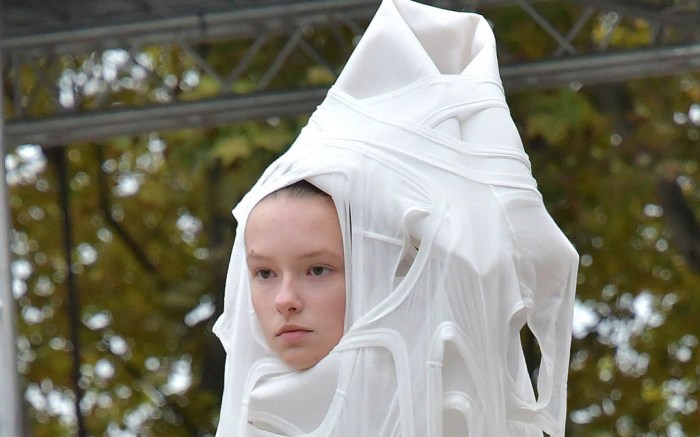 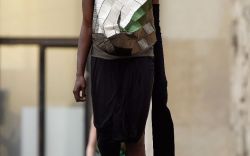 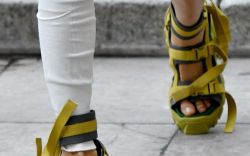 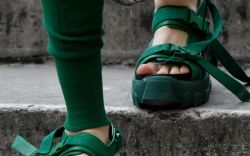 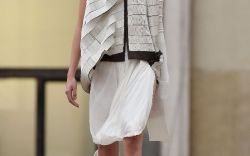 In true Rick Owens style, his spring 2018 collection showed drama, and lots of it. He presented his latest creations at Paris Fashion Week, his ready-to-wear looking more like he had wrapped his models in fabric than anything else.

The clothes were combinations of dresses and headwear that were so full of texture that they bulged off from the models’ bodies, yet that was not the most shocking part of Owens’ collection.

The designer brought “dad sandals” onto the runway — the double strap shoes that commonly feature velcro and are mainly worn by middle-aged dads. But Owens showed us that the style is not kitsch like we had all once thought. Instead, reimagined through Owen’s highly creative vision, the style is chic and desirable.

His styles feature thick, plastic soles and layers of straps closed by hard plastic buckle closures like those found on school backpacks. He showed the style in many colors, all of which allow different aesthetics.

In green teamed with a single white sock, the shoe seems utilitarian and functional

The white style seems more fashion-forward, ready to be teamed with sleek black trousers or tights with a skirt.

Click through the gallery to see more styles on the Rick Owens runway.