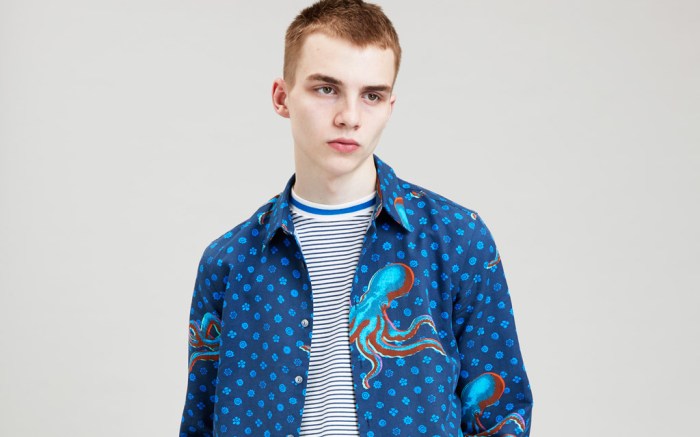 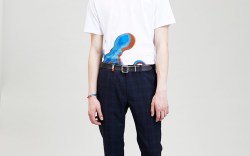 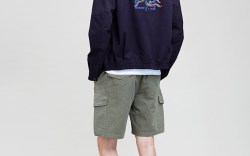 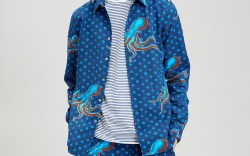 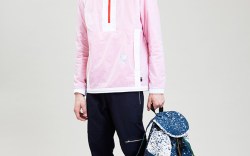 Paul Smith is well known for being a cycle geek, and when he’s not designing clothes he whips up the odd bicycle or cycle helmet in his spare time. The spring 2018 collection he showed today for his PS diffusion line at Pitti in Florence owed much to his favorite sport.

Shoes were suitably pedal friendly with ‘70’s style sneakers — all contrast laces and washed-out go-faster stripes on the side — while blue Velcro sandals (worn sans socks) had a bit of the Teva style to them. They shouldn’t have worked, but they did. Especially with the pared down denim and track pants. Less so with the shorts.

Appearing in many of the ready-to-wear prints was new collection mascot, the octopus. Nothing to do with cycling. But still.