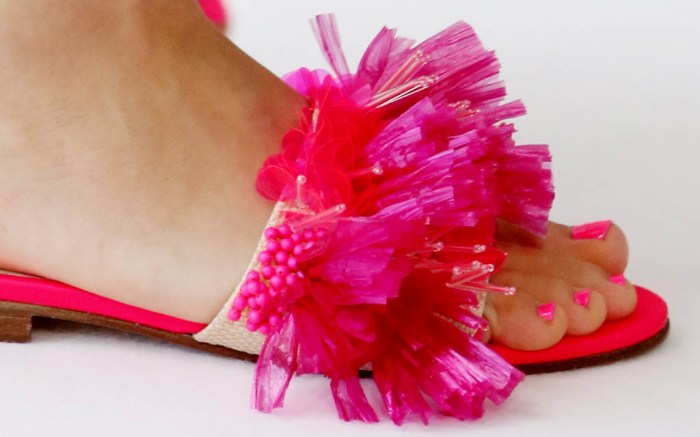 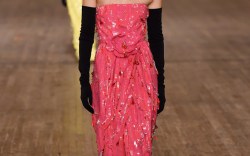 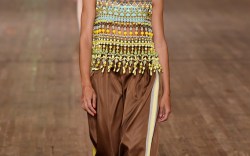 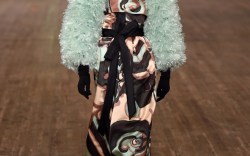 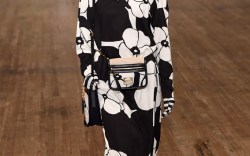 Tassels are pretty embellishments that are always fitting on upholstery and other interior elements. However, designers at New York Fashion Week this season thought to bring the element into footwear. Similar to the fur trend that’s now considered stylish, tassels are rather kitschy on footwear. But sometimes a little bit of kitsch in a look is a good thing.

Marc Jacobs brought the trend into his collection in many shoe styles, including sneakers, flats and sandals. In glimmering shades including bright blue, earthy pink and black, his tassels seemed to have been placed gingerly atop already finished shoes. The tassels in this collection were long and thin, and seemed to flow with the models’ movement.

Delpozo added tassels into its footwear in a collection of slide sandals. The short, wide tassels were designed into each slide’s band and were shown in bright colors such as pink, yellow, red or orange. The tassels flopped around as the model walked, bringing a playful element to the shoe.

Similarly, Maryam Nassir Zadeh’s tassels appeared on sandals, these with two thin straps that each had a line of little tassels. The sandals were shown with yellow and white tassels in one style and blue with yellow in another. By pairing the tassel shoes with mature and refined ready-to-wear, the brand showed a way to use the trend to bring a cheerful touch to such a look.

Big Designers Are Embracing the See-Through Shoe Trend at NYFW