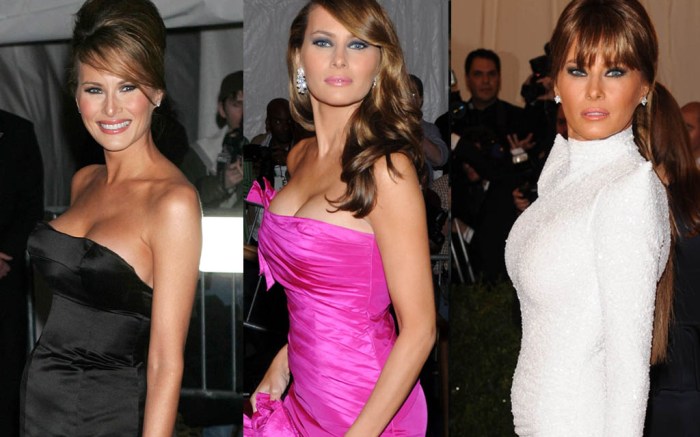 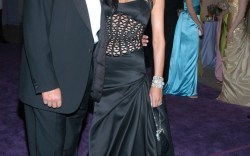 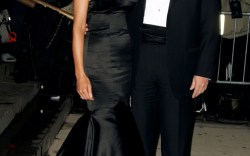 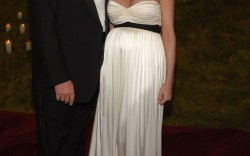 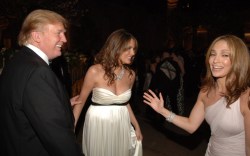 The Met Gala is no ordinary date night with tickets that around $30,000 apiece — and that’s only if you make the cut for Anna Wintour’s annual fundraiser for the Metropolitan Museum of Art in New York City.

First Lady Melania Trump, née Knauss, made some of her biggest red carpet appearances at the star-studded soiree as Donald Trump’s girlfriend before they wed in 2005 and has attended several times thereafter as his wife.

The former model has made some spectacular style statements over the years at the glamorous event — alternating between traditional floor-length gown gala fare with open-toe pumps or sizzling ensembles that featured high stiletto heels and higher hemlines.

One of Melania’s earliest appearances was in 2003 — one year before her engagement to Donald. For the occasion she stepped out in a nude dress that had a plunging neckline and a billowing skirt that covered her shoes. She stuck to floor-length silhouettes at the gala for next three years until her golden moment in 2007.

Click through the gallery to view more of Melania’s style transformation at the Met Gala over the years.