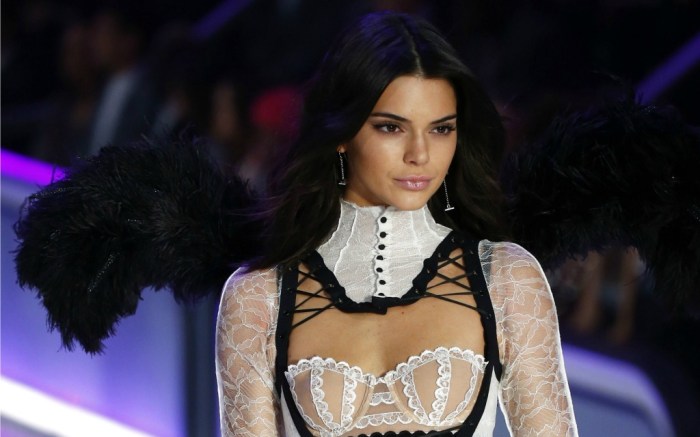 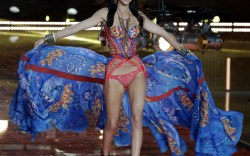 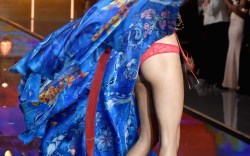 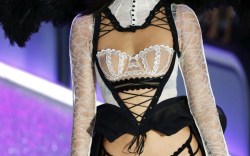 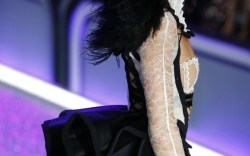 While Adriana Lima and Gigi Hadid are prepping for this year’s Victoria’s Secret Fashion Show, their pal Kendall Jenner is not in the mix.

Putting down her Victoria’s Secret Angel wings after just two years, Jenner signed a deal with Italian lingerie brand La Perla, TMZ reports. While the model has worked with the brand in the past, this multimillion-dollar agreement takes their partnership a step further, making Jenner the exclusive face of the company.

Jenner recently shot an editorial for the brand’s fall 2017 collection with photographer Sasha Samsonova. The campaign shows Jenner surrounded by an ethereal forest scene, sporting pieces from all of La Perla’s lines.

Highlights include a hot-pink ruffled tulle one-piece designed in floral lace that was paired with slip-on block-heeled shoes, and a trouser and jacket combo that Jenner wore with what appears to be an updated version of the brand’s open-toe Dégradé heel bootie.

Click through the gallery to reminisce the highlights of Kendall Jenner’s Victoria’s Secret career.