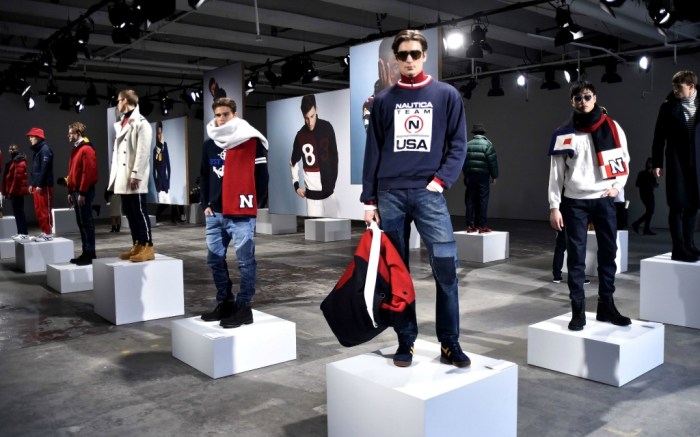 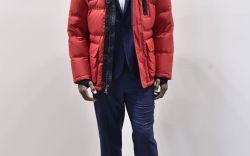 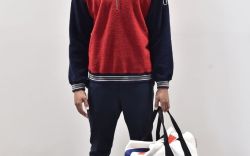 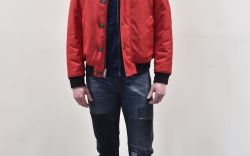 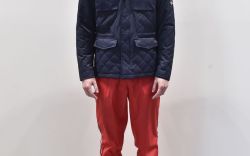 For fall 2017, American sports casual label Nautica combed the archives of its Nineties glory days. The presentation, dubbed Heritage Reimagined, took place Wednesday during New York Fashion Week and was a combination of preppy and street.

Breton striped sweaters and color-block baseball jackets were teamed with nylon track-tops and pants — all in a punchy palette of the brand’s signature primary shades.

Outfits were accessorized with Timberland boots and Gola sneakers, key Nineties footwear currently back in vogue with a vengeance. Twelve looks featured the classic Timberland 6-inch boot while seven were paired with Gola sneakers in white, navy, cream, red and mustard.

Although parent company VF Corporation also owns Timberland, according to Nautica, the shoes were a styling collaboration rather than an official design one.

Earlier this year, the serendipitously named rapper Lil Yachty (aka Lil Boat) was appointed Nautica creative collaborator, and while he wasn’t officially involved for fall, he hosted the Nautica pop-up shop that followed the show. Announced via social media channels, only a few hours prior, the limited-edition flash store elicited lines going around the block.