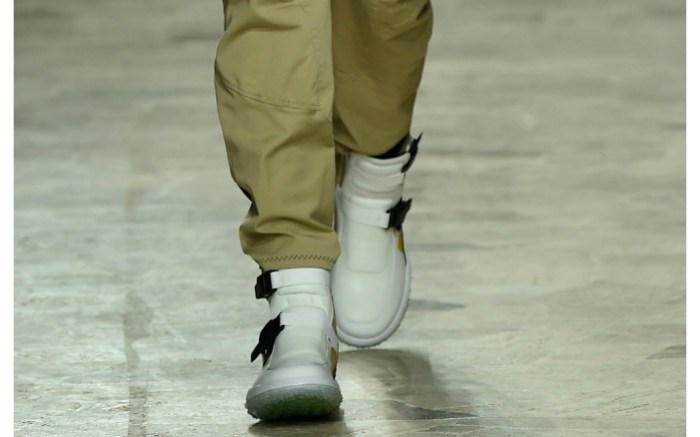 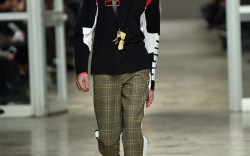 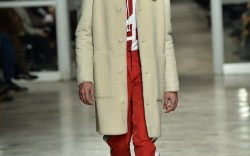 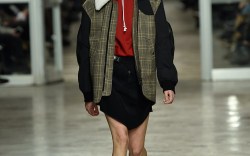 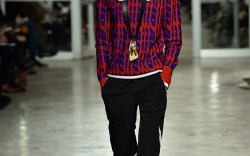 As one of the guest designers showing at Pitti Uomo in Florence this season, Tim Coppens wasted no time unveiling a new footwear collaboration on the runway today. For fall ’17, the sportswear fanatic partnered with Under Armour on a series of Fat Tire boots, which featured heavy cushioned soles, Velcro straps and graphic patchwork.

Of course, this news comes as no surprise — Coppens was named Under Armour’s creative director last summer. While his Fat Tire boot for Under Armour was debuted this past summer, it was given punchier color treatments on the runway today at Pitti Uomo (like an all-white style with geometric patches).

“I want to make product they don’t currently have at Under Armour, that people don’t expect,” Coppens told Footwear News, when first joining the athletic brand. “And building the brand from the ground up, giving it a complete vision from shoes to hats and clothes takes a lot of work, but it’s something I’m super-excited about.”

Meanwhile, Coppens’ fall 2017 ready-to-wear collection was inspired by “apocalyptic times.” Two young lovers coming together for one last night of reckless fun, his show notes concurred, spurring unlikely color and textural combos. This idea of a reunion made sense on a personal note, too, as it was the first time in five years that Coppens — who was born in Belgium — has shown in Europe.

For more Tim Coppens looks, click through the gallery.