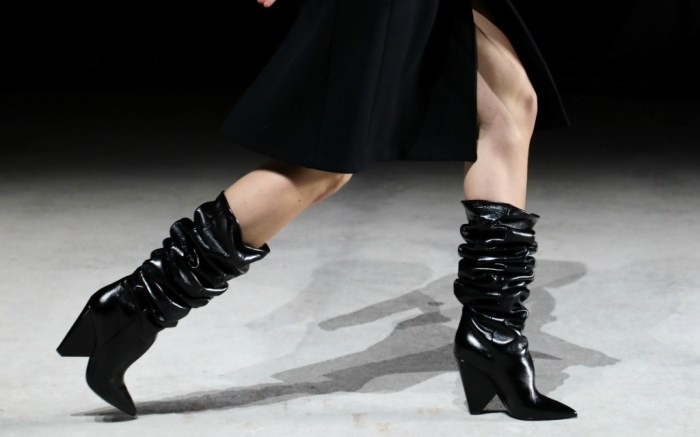 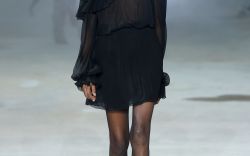 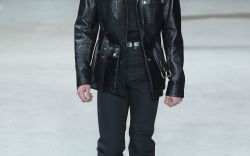 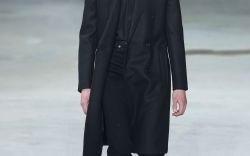 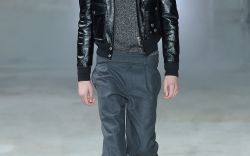 For fall ’17, a number of designers are officially disregarding the age-old, maternal command to “stop slouching.” Scrunched, artfully bunched boots are one of the season’s most arresting developments.

At Saint Laurent today in Paris, designer Anthony Vacarello pushed this intentionally poor shoe posture to the max with his lineup of pointed-toe, cone-heel, crumpled boots. For maximum flash, they came in only the shiniest of leathers: patent, glossed, embossed or glittering, respectively. There were also a few ruffle pumps and a corsage sandal, but the boots were the real attention-grabbers.

And while the majority of clothes were cut super-short, nearly revealing butt cheeks and nipples, this footwear moment offered a substantial rebuttal to less is more.

What to Do in London, Milan and Paris for the Fall 2017 Fashion Shows