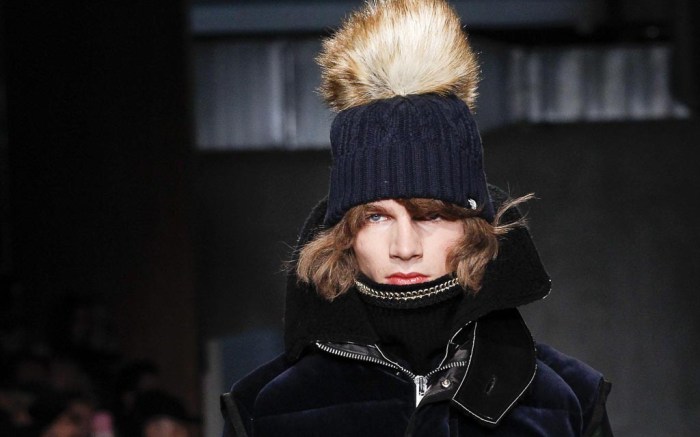 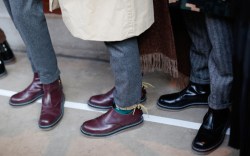 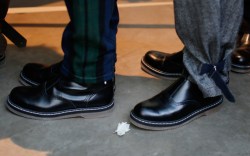 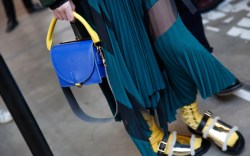 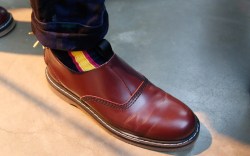 The collection was titled “Hidden Madness/Cut Up,” and the designer worked her hybrid spell with a new subtlety.

A collaboration with outdoor label The North Face featured khaki MA1 bombers, parkas and down jackets. Word to the wise: Japan’s ski resorts have a cult following amongst hip winter sports cognoscenti.

When it came to the footwear, however, the action played out to the rear. Boots displayed vertical lacing at the back on either side of the zip, while lace-up shoes had their tongue and laces at the heel. The effect was gently eccentric yet utterly wearable.

“I took the whole idea of ‘cut up’ and applied to shoes as well,” explained the designer following the show. “The front and back parts are reversed so the laceup is happening at the back instead of the front.” She’d appropriated the idea from traditional workwear boots, she added.

Click through the gallery to view more looks from the runway.