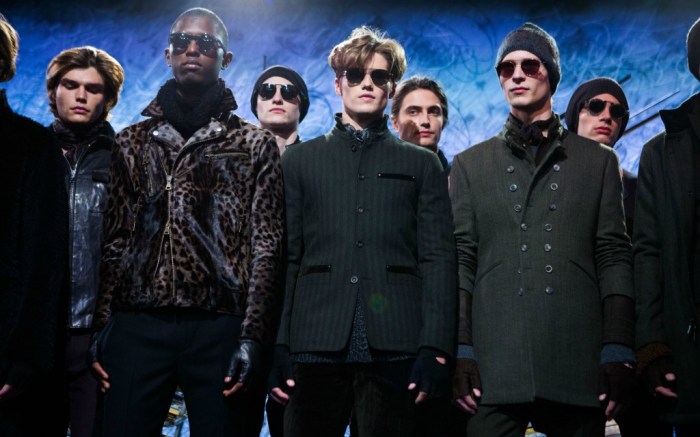 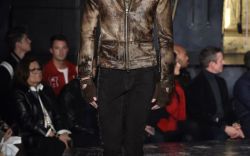 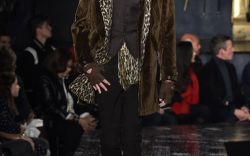 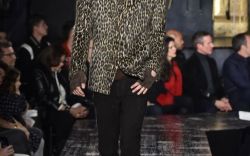 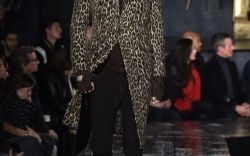 Rock ‘n’ roll fashion has always been John Varvatos’ thing, and for the fall ’17 season, the designer stayed true to his roots. His men’s collection, shown Thursday at New York Fashion Week: Men’s, saw a more refined aesthetic than usual. Varvatos made attempts to elevate the overall look of the brand — there was lots of new, dressy evening pieces — but he stayed within a predominately black and gray color palette, a signature of his.

Of course, a bit of that Mick Jagger look crept in. Leopard-printed moto jackets and topcoats added spunk but didn’t feel too kitschy. Military buttons on blazers offered a slight rebellion to the idea of suiting up.

As for the footwear highlights: The shoes mostly served as secondary characters, such as the simple black or brown leather Chelsea boots. There were gray burnished leather boots with front buckles. Meanwhile, leopard-printed suede boots added more punch.