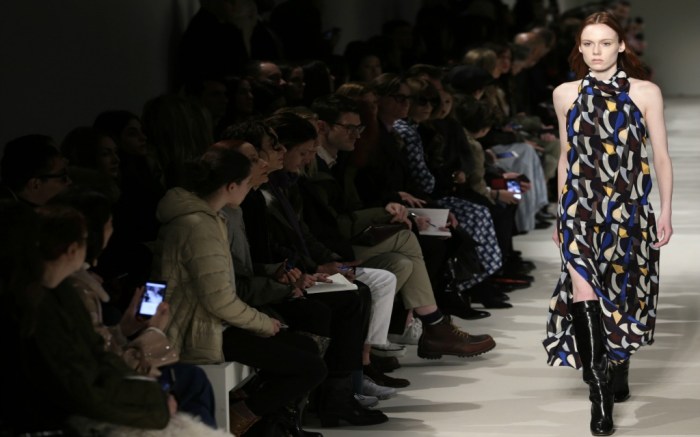 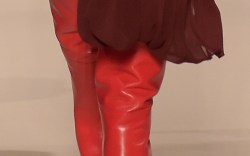 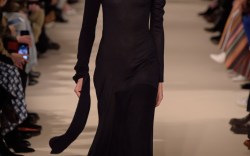 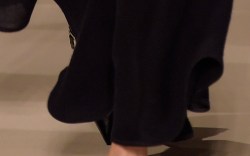 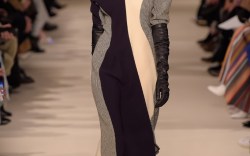 She’s known for her sinewy dressing, but now, Victoria Beckham has her sights set on the shoe world.

As reported exclusively by Footwear News on Friday, the designer showed two styles today from her first full-scale shoe collection on the runway for fall ’17 at New York Fashion Week. As per usual, her husband David Beckham and their merry band of children were seated front row.

The two styles, a sturdy covered wedge atop a tall boot in slouched leather and sharp matte patent pointed flats with chrome buckling , were done in what show notes described as a “gentleman’s club” palette of oxblood, black, navy and white.

Given the fluid layers and louche menswear spirit of the collection, they were an elevated yet assertive finishing touch.