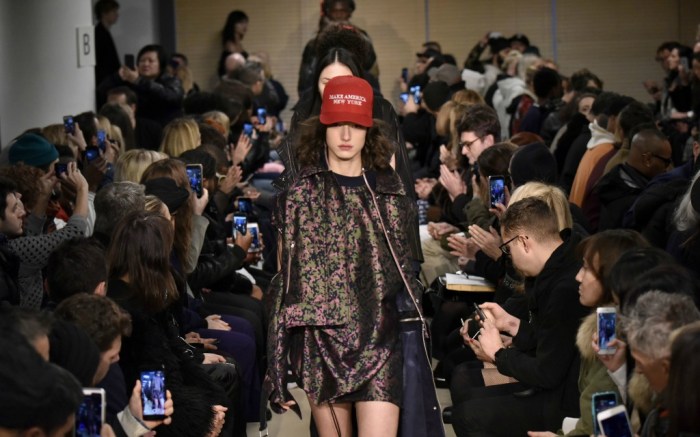 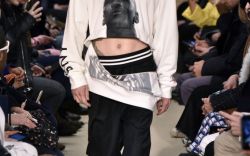 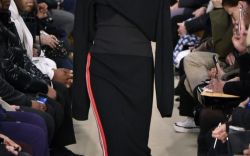 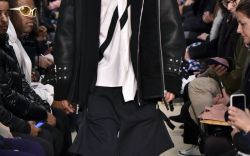 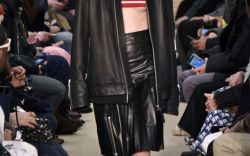 Combined with the brand’s sweaters stating, “We Need Leaders,” which has become one of its signature branding motifs, the coed show offered a politically charged message. But what was that message, exactly? It seemed to embrace New York’s diverse population and energy, an idea of unity and love for all. And boy, were there looks to love.

Design duo Dao-Yi Chow and Maxwell Osborne continued their sporty aesthetic this season, yet played with new and interesting fabrications.

Highlights were the color-blocked puffer coats, which were cinched at the waist with knit fabric. Equally as good were the corduroy pieces, such as tops with snap sleeves or drawstring skirts. On the menswear front, the tailoring reigned supreme. Oversize double-breasted coats and zippered trousers were classic, but seriously cool.

As for the shoes, Public School collaborated with Dr. Martens this season. There were slouchy, laceless boots in colorways like tan, black or stark white. The chunky boot silhouette appears to be trending this season — it was a style seen at Alexander Wang, too, which showed Ugg-style ankle boots.

Click through the gallery to view my photos from the runway.