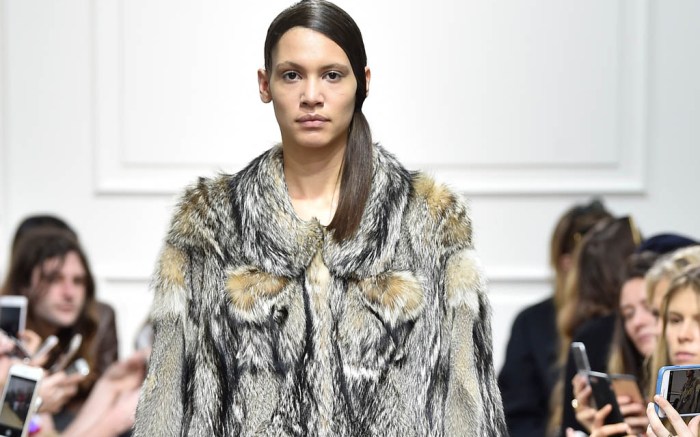 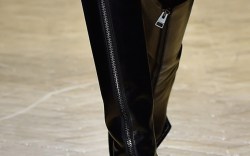 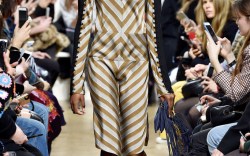 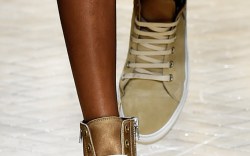 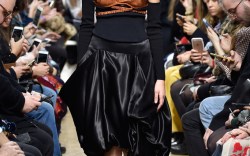 Typically off-key and oh-so J.W. Anderson, footwear at the designer’s fall ’17 show today in London was the perfect marriage of street and sass.

Styles served both to complement the oft-earthy, ’70s-inflected looks and toughen them up where required.

Square-toe white shoe boots had the look of a sneaker with their exaggerated eyelets and oversize suede laces, while actual high-tops in tan-colored suede had been dip-dyed in gold paint.

There was also a pair of sandals embellished with giant crystals like the setting of an engagement ring.

But it was those kick-ass black boots that stole the show.

Two styles — one zipped at the front with an extended sole resembling an arrow, the other a gladiator hybrid with ladylike bows going up the leg — were part Park Avenue, part warrior princess.