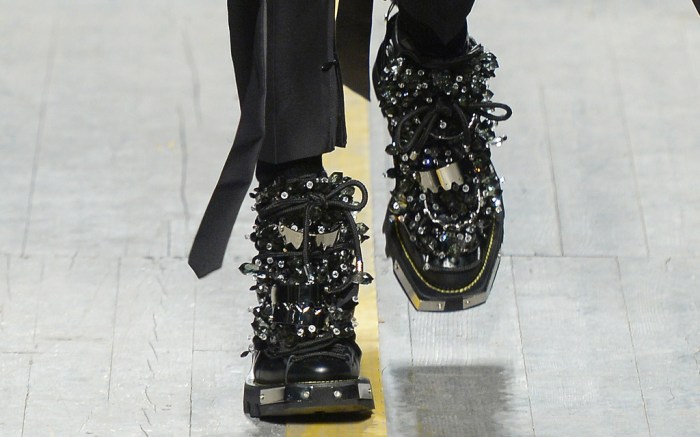 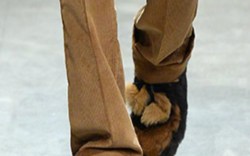 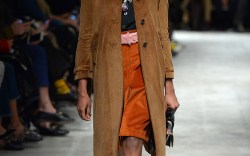 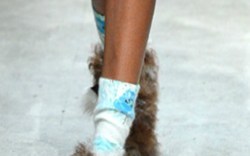 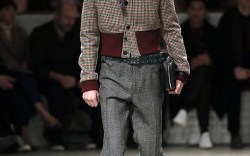 With Milan Men’s Fashion Week wrapping up today, we’re taking a look at some of the most daring men’s shoes that hit the runways. Though the season overall proved to be simpler and more sophisticated than past editions, a few labels offered experimental footwear styles to try.

Of course, Prada led the pack with its furry assortment of moccasins. The show explored a 1970s theme, combining brown corduroy suits with patchwork fur shoes.

At Fendi, fur appeared on slide sandals. The shoes were colorful and bold, with some of them spelling out colors or the Fendi logo.

Dean and Dan Caten of Dsquared2 took the hiker trend to new heights. The bulky styles were embellished with crystals, and had metal clasps that looked like bear traps.

Meanwhile, Marni collaborated with shoe designer Achilles Ion Gabriel on a series of oversized clunky sneakers. They were almost cartoonish in their size, which suited the eclectic theme.

Click through the gallery to see more of the craziest shoes from the fall ’17 runways at Milan Men’s Fashion Week.