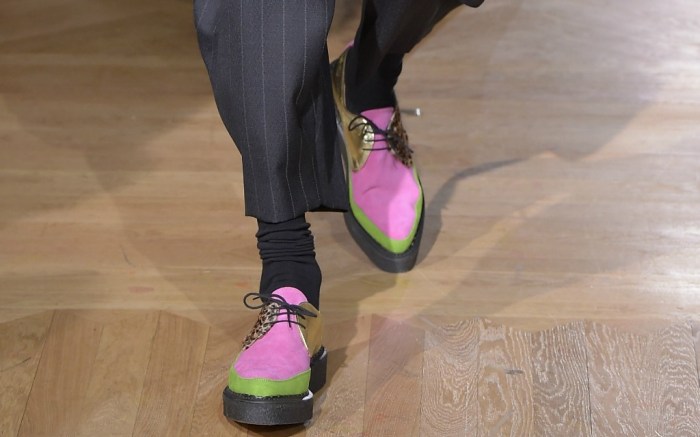 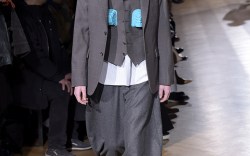 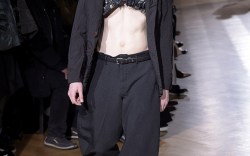 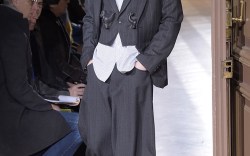 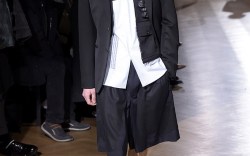 When it comes to Rei Kawakubo and Comme des Garçons, you must always expect the unexpected. But the designer’s fall 2017 menswear show, which took place in Paris Friday, did nothing to break the mold.

Far from it. Tops, jackets, aprons and footwear alike all came embellished with “kawaii” 3D cars and dinosaurs, which bore a distinct resemblance to rubber Jell-O molds.

These came in a range of shades from basic black to brightly colored ice cream pastels and looked as though they might have been fashioned on a 3D printer.

The show was certainly color co-ordinated and models, sported nineties style bowl-cut wigs in similarly tripped out shades. One could also not help but recall Kanye West’s brief dalliance with the dip-dye back in December 2016. Though this was probably not the object of the exercise.

Embellishments notwithstanding, shoes ranged from flatform sneakers and hightops in black and white to Underground style creepers with black soles and bi-color uppers. Shots of animal print and metallics completed the effect.