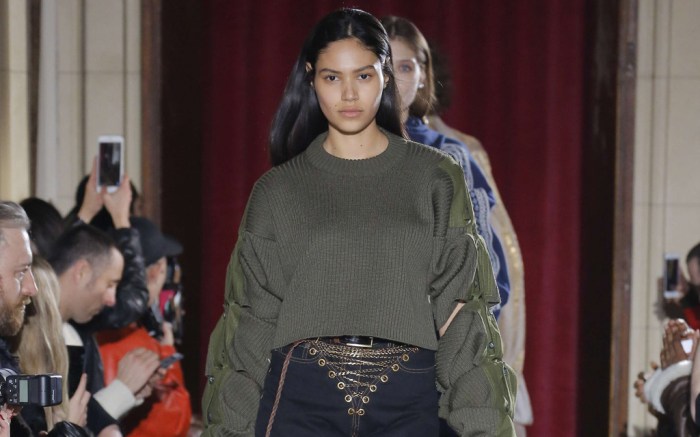 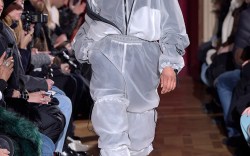 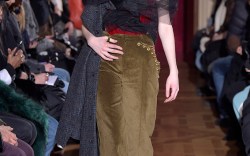 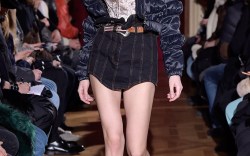 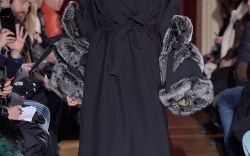 On Saturday night in Paris, Y/Project’s Glenn Martens unveiled his debut footwear collection and it was every bit as banging as his label’s ready-to-wear. Best in show were the dramatic, ruched wader boots. Executed in snakeskin or patent leather, they came in at almost two meters long (6.5 feet), and held their shape via the same metal wire technology he uses to mold his signature denim.

Martens is known for his contemporary/historical mash-ups, and fall ’17 was his take on hip-hop culture of the ‘80s and ‘90s meets the aristocratic wardrobe of yore. “You could say Tupac is the Napoleon of today,” he quipped backstage.

To wit, ankle boots featuring curved, upward-pointing toes and drew influence from the baroque era. Born out of practicality, the shape would prevent feet from collecting the trash that littered the streets, Martens said. More modern references saw gladiator sandals that spiraled all the way up the leg. They were developed from styles he spotted last year in New York’s Chinatown.

For snapshots of the entire collection, click through the gallery.