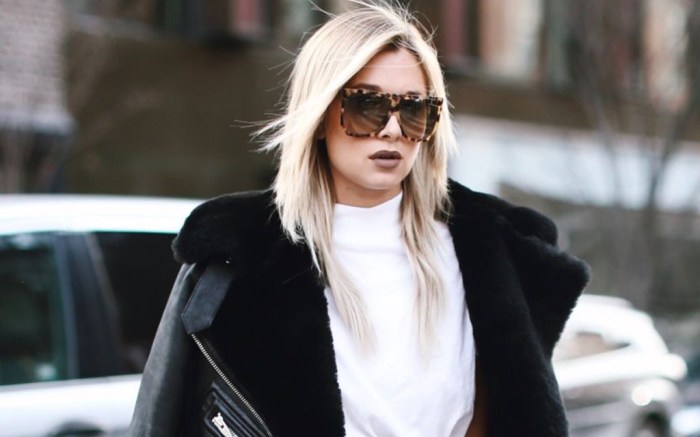 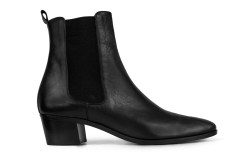 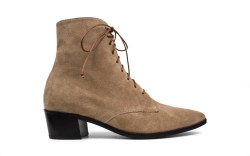 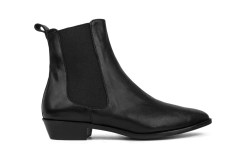 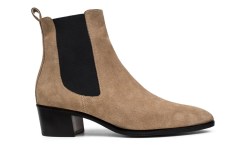 You’ve probably seen fashion blogger WeWoreWhat, aka Danielle Bernstein, on your Instagram feed, but soon she could show up in your closet, too.

Bernstein, who started her blog WeWoreWhat about six years ago, is diving headfirst into the world of shoes with her new line, Archive Shoes. New York-based Bernstein is part of the pack of fashion bloggers and influencers who are using their penchant for personal style to launch their own fashion lines, often to the delight of their loyal followers.

For Bernstein, that’s a built-in audience of 1.7 million Instagram followers who have already gotten a sneak-peek into the making of Archive Shoes. She also has her Second Skin Overalls line, which recently dropped its second season.

Bernstein works with New York-based Modern Vice to produce her shoe line. She met Modern Vice founder and designer Jordan Adoni around the time she started her blog, and fell in love with the brand’s West 38th Street studio, where they make direct-to-consumer custom boots — many of them crafted right there in the studio. It’s clear Bernstein has a lot of respect for shoemaking.

“[The factory] is what I first saw when I came in. I call it the magic factory,” she said. “I came here one day, and I loved the shoes, but I wanted a pointier toe or I wanted to put stars on it. We made this one pair for Lollapalooza — that was four years ago. We ended up selling a lot of them after that because people requested them. [Adoni and I] looked at each other and said, ‘We get along so well. We both love the industry and we love shoes. Let’s create a line together.'”

Thus Archive Shoes was born, named for the West Village apartment building where Bernstein previously lived. All the shoes are named after streets in downtown Manhattan. After launching a core collection of boots late last year on its website and shopbop.com, Archive Shoes is getting set to deliver its pre-fall ’17 collection this month to an expanded list of retailers, including Bloomingdale’s, Free People, The Shoe Box, Revolve, Steven Dann and Norrgatan in Monza, Italy.

After moving production to Mexico, Bernstein and Adoni have been able to lower the prices — an important step for Bernstein in ensuring her followers can afford the line.

“For our first collection, we wanted to master the basics of all the boots I think are essential in every girl’s closet,” Bernstein said.

This includes a Chelsea boot, a lace-up boot, an ankle bootie and a stretch leather glove boot, done in a thigh-high version, too.

“Now that we’ve established how we’re working together, we’ve now introduced more elevated styles,” she said. “It’s a designer look at a contemporary price point. For me, making it affordable for my followers is really important. It’s a lot of trial and error and working together to find the perfect materials and the perfect shapes — something that’s really wearable and comfortable but chic as well. I have Acne boots and [boots by] all these other brands, but they’re never as comfortable or as durable as these.”

The pre-fall collection includes several lace-up styles, Chelsea boots, a black boot with silver stars and a buckled, low-heel pair. Bernstein says she takes inspiration not only from runway shows but also from what she sees — and covets — in her everyday life.

“I want to stay innovative and on trend, but also ahead of the trend. I design for me and what I think I — and every girl — needs in her closet, which is the same concept as my blog,” Bernstein said.

When your denim dreams come to life @thearchiveshoes

While Bernstein has her shoes and overalls line, she plans to keep her fashion businesses focused for now.

“A lot of brands make the mistake of trying to do too many things at once,” said Adoni. “You know, Michael Kors is shutting down 100 stores. It opens up a lot for us, though. That just shows you how strong the brand is — to be growing when all of this stuff is happening is pretty amazing. It’s a testament to [Bernstein’s] design and what she’s accomplished.”

Of course many of Bernstein’s followers look to her posts and videos for styling advice, but Bernstein says the best part of her line is its versatility.

“Leather pants, dresses, denim shorts — I would wear these with anything. There is no limit to how you can style them. They can change a girly dress into something edgier or take a tuxedo outfit and give it that pop it needs.”

For the fall collection, there will be boots in on-trend denim and metallic. Bernstein and Adoni aimed to master boot silhouettes first before moving on to flats, which will debut for spring. They gave us a peak at some samples, and it’s clear Bernstein has a knack for knowing what customers want but never straying too far from what feels true to her.

Click through the gallery below to see more of the Archive Shoes collection.

Emerging Shoe Designers Talk Launching Their Line &amp; How to Stand Out

5 Trends From the Resort 2018 Runways You Can Wear Now