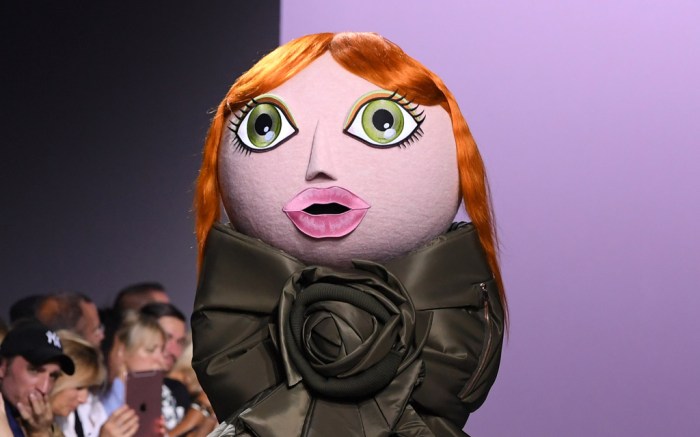 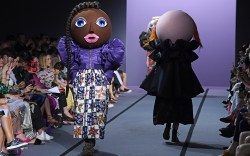 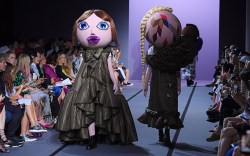 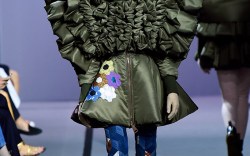 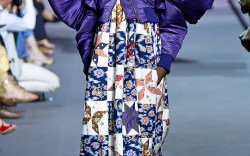 Couture runway shows almost always bring dramatic looks, but the Viktor & Rolf show was unlike any other.

The label showed its fall ’17 couture show on Wednesday, and the models’ looks need to be seen to be believed. Some, but not all, of the models wore giant doll-like costume heads down the runway, casually paired with the rest of their normal ensemble.

They looked something like the designers’ sketches mashed with Bratz — the dolls with oversized features released in the early 2000s.

While it was hard to look away from the heads, some models did wear some interesting footwear. Aside from some lace-up boots, models wore ruffled slides in the same green hue and material of some of the puffer jackets and dresses.

Click through the gallery to see more wacky looks from the Viktor & Rolf fall ’17 couture collection.