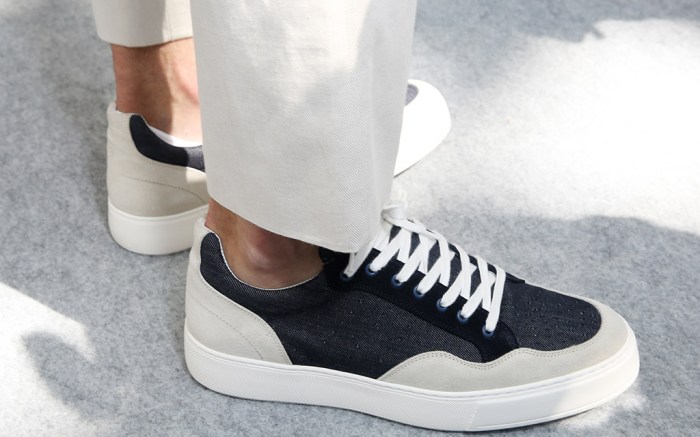 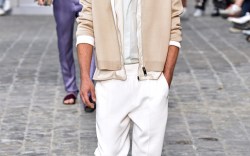 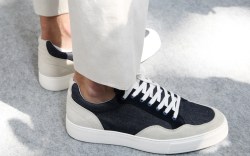 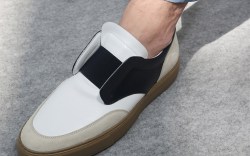 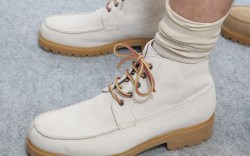 Men’s Mules
Mules are officially trending for spring. Juun.J showed cool leather loafer-mule hybrids today. The silhouette was also done by labels such as Loewe and Edhen Milano this season. Mark it on your must-buy list.

Not a Nike Collab
Israeli designer Hed Mayner is definitely one to watch. He staged his debut show guerrilla style, among the colonnades of Paris’ Palais Brongniart in Place de la Bourse. His sandals with sneaker soles looked like a Nike collaboration, but the designer had actually sourced the soles from the copycat markets of his native Tel Aviv. He teamed them with uppers made from thick furniture leather. The footwear marched in tune with the theme of the collection. It was all about the reappropriation of familiar objects, such as a voluminous trench coat made from a vintage tent. — Stephanie Hirschmiller

Disco Time
Daytime discos are officially a thing. Rei Kawakubo’s Comme des Garçons show was strobe light central, and top of the guest list was a Nike collab. Nike Air 180s hit the floor alongside colorful brogue laceups printed trompe l’œil-style to resemble an old-school sneaker. And it all ended in one big ol’ dance-off with models pulling shapes like it was going out fashion. — Stephanie Hirschmiller

Get Ready to Rumble
Haider Ackermann continued his new look for luxe brand Berluti. This season’s standout shoe? A boxing boot-meets-sneaker that came in an off-white colorway. The show also included pool slides and dress shoes.

Pierre Hardy’s Latest Collection Is Inspired by Art and Travel