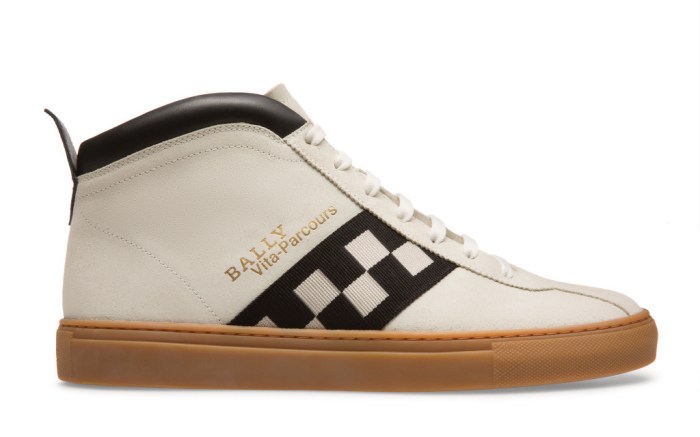 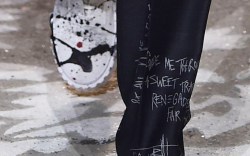 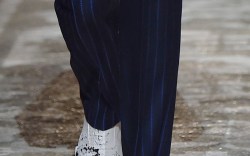 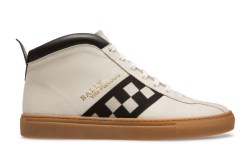 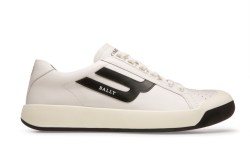 For spring ’18, Bally is looking back to its archives. The Swiss luxury brand debuted a men’s capsule collection of its most successful sneaker styles over the decades. The four key styles, shown during Pitti Uomo in Florence this week, include retro styles spanning from the 1960s to the late 1980s.

The brand’s oldest style, the Super Smash low-top, was a tennis shoe originally introduced in the 1960s. The canvas style has been reissued with a vulcanized sole, and comes in both high- and low-top silhouettes. Full leather versions will also be available.

Jumping to the 1970s, Bally’s Vita-Parcours high-top was a style originally debuted in 1974. Its unique black and white checkerboard print remains intact, but is modernized with a new sneaker sole.

The other two styles in Bally’s spring capsule collection come from the 1980s. The Competition low-top jumped to fame in the mid-1980s, being a popular style worn by hip-hop artists. (In fact, Doug E. Fresh wore the style on the 1986 album cover of “Oh, My God!”. Meanwhile, the Galaxy runner, from 1988, was originally made for utility but has been re-issued with a lighter construction.

For more sneakers from Pitti Uomo, click through the gallery.