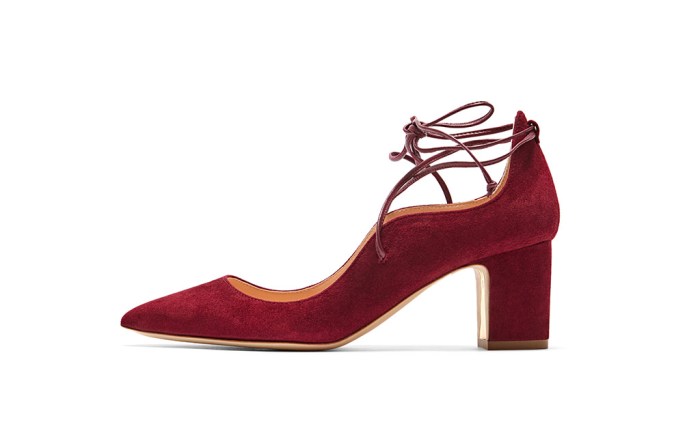 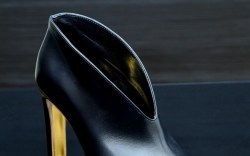 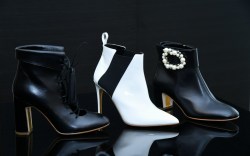 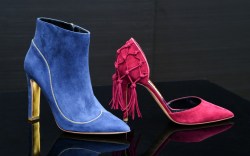 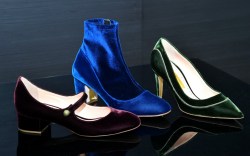 A favorite with the Duchess of Cambridge, Rupert Sanderson clearly had royalty on his mind when he was designing his fall ’17 collection.

Today in Paris, his take on that season staple, the diamante buckle, was inspired by Her Majesty Queen Elizabeth II’s signature string of pearls, he said. Embellishing flats, (not least his best-selling Aga style) heeled pumps and ankle boots alike, it came in the shape of the Sanderson pebble motif, realized in a vintage-inflected combination of gray and white.

On the more casual side, leather lace-up boots in black and claret were slicked with vulcanized rubber, hand-painted onto the foot so no two pairs were quite alike. The high-shine effect was a nod to the immaculately polished boots of the queen’s guards on the parade ground.

“It was all about the idea of using craft to tell a story with a bit of good old British tongue-in-cheek humor,” he said.