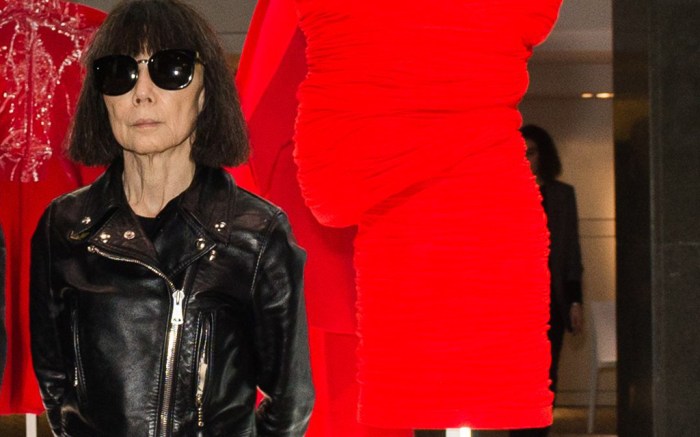 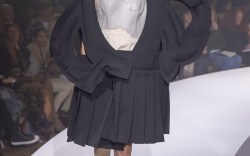 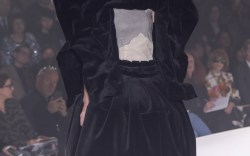 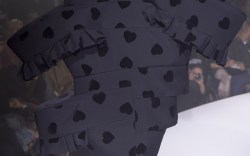 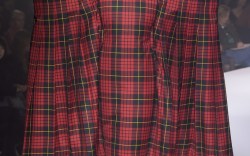 When it comes to Rei Kawakubo, the unexpected is the norm.

The 74-year-old creator behind Comme des Garçons is the first living designer to be the subject of the Metropolitan Museum of Art’s fashion exhibition since 1973, when Yves Saint Laurent was the focus. The spring 2017 exhibition, “Rei Kawakubo/Comme des Garçons,” will run from May 4 through Sept. 4.

“Rei Kawakubo is one of the most important and influential designers of the past 40 years,” Andrew Bolton, curator in charge of The Costume Institute, said in a statement. “By inviting us to rethink fashion as a site of constant creation, re-creation and hybridity, she has defined the aesthetics of our time.”

Kawakubo said in a statement: “I have always pursued a new way of thinking about design … by denying established values, conventions and what is generally accepted as the norm. And the modes of expression that have always been most important to me are fusion … imbalance … unfinished … elimination … and absence of intent.”

Here are 10 things to know about the legendary designer and Comme des Garçons:

–When she started the company in 1969, Kawakubo had no formal fashion training, according to The New Yorker, which said she caught the fashion bug while working in the ad department of a textile company. She was later a freelance stylist before officially launching the brand.

-Comme des Garçons is French for “Like Some Boys.”

-The brand’s main collections are produced in Japan.

-The designer’s first fashion show was in Paris in 1981.

-In 2015, the label released its jaw-dropping, out-of-the-box Guarachero boots. The style, based on a Chelsea boot, featured side gussets and a 21-inch toe. It retailed for $515.

–Frank Ocean pays tribute to the brand in his “Commes des Garcons” song.

–Lady Gaga, Kanye West and Karl Lagerfeld are fans of the brand.