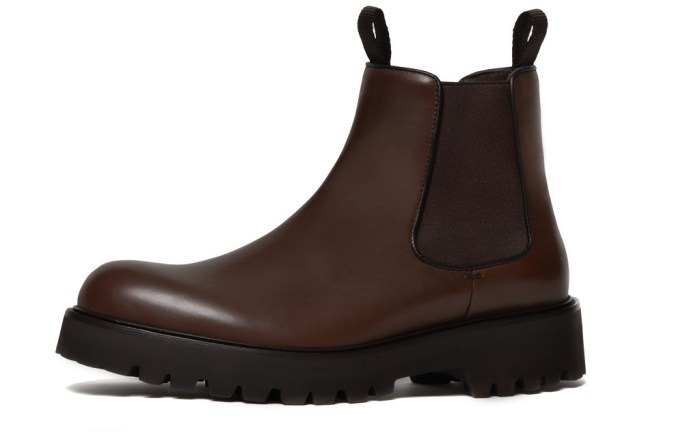 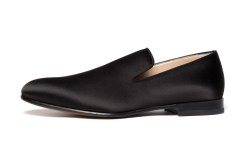 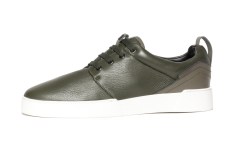 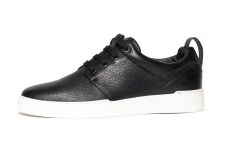 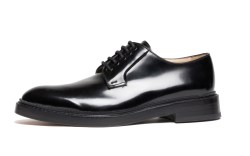 Paul Andrew’s men’s fall 2017 collection previewed in Paris on Sunday. As we have come to expect from the designer — who makes his footwear debut for Salvatore Ferragamo women’s fall 2017 in February — it was packed full of innovation.

A new series encompassing derby laceups and boots — chunky of sole but super-light — showcased a technique he’s developed where the rubber soles are literally injected with air.

A formal spazzolato Chelsea boot had detachable spats in contrast waxed suede. “You get two for one,” said Andrew, dubbing the functionality “city to country,” or vice versa.

There were also new sneakers constructed in a blend of leather and neoprene. The soles are injected with memory foam for enhanced comfort. “High-tech mixed with high craftsmanship,” Andrew said.

While “sneakers are clearly a driving force in the men’s market at the moment,” Andrew added, “I do feel that there will be a return to more of a more formal silhouette, so I really want to establish myself in that market.”

Enter dress shoes in a marbled effect patent leather and a more edgy style with hidden laces and a nail-head embellishment — a twist on the classic brogue.

How Paul Andrew Grew His Empire in Only Four Years