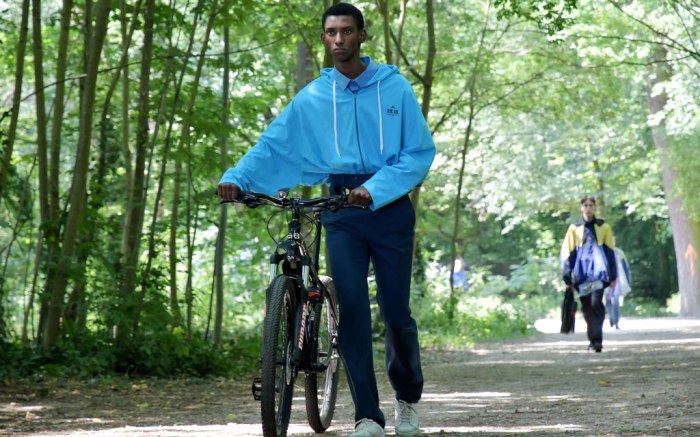 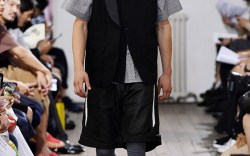 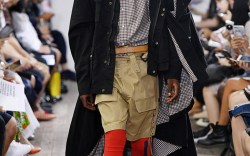 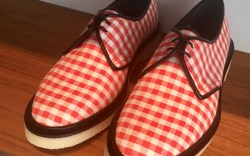 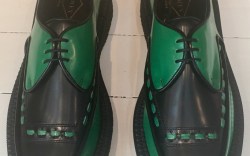 Facetasm flips out
Forget your traditional monk strap; Facetasm’s Hiromichi Ochiai embellished his brogues with colored strips of duct tape instead, giving this men’s staple an industrial spin. The designer, who is known for his splicing techniques and hybrid fabrications, has also collaborated on a flip-book called “Pamtasm,” which splices together pictures of different faces — much as Ochiai does with his label’s signature looks.

Demna does it ‘dad style’
If your dad’s favorite party trick is wearing his underpants outside his trousers, he’s now the height of chic. At Balenciaga, Demna Gvasalia celebrated dad style with all its peccadillos. Even the brogues came with shiny Balenciaga logo stripes. Just like that embarrassing shirt your dad saves for parties. We predict dad dancing will be de rigueur on the club scene next summer.

Balenciaga takes Colette
To celebrate Men’s Fashion Week in Paris, Balenciaga is staging a takeover at the city’s Colette concept store through August 5. We clocked logo travel pillows, sleep masks and even Balenciaga bic lighters. In the manner of Gvaslia’s Vetements heels. Except these ones will actually light your cigarette. Psst — the Balenciaga bicycles that were featured on the label’s Bois de Bologne runway are exclusively available here, too.

Puss in (Y-Project) boots
The men’s footwear on Glenn Martens’ Y Project runway were just styling props for the collection, but he threw in a couple of spring ’18 updates on the women’s shoe line he debuted for fall ’17. Just to keep us on our toes. His ruched denim boots were the stuff of fashion fairy tales. Forget Cinderella and her glass slippers. We’ll be channeling Puss in Boots for spring.

Buy Off White sneakers straight off the runway
Breaking news. If you liked the sneakers Virgil Abloh showed at Pitti Uomo, he’s doing a flash sale. Saturday night in Paris at the Off White pop-up gallery in rue Marx Dormoy if you’re in town. And if you’re not, there’s still time to catch a flight. The gallery is also screening a film of the Pitti runway show within a giant blue cube. But be warned, it’s hot inside. “It’s like fashion bikram,” Abloh joked at tonight’s launch party.

Click through the gallery to see more highlights from the first day of Paris Men’s Fashion Week.