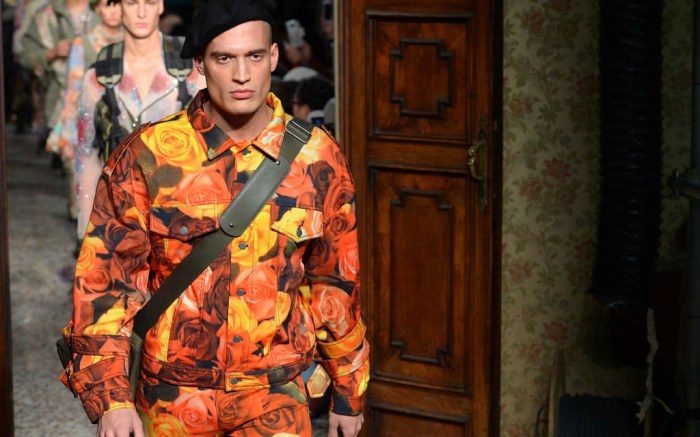 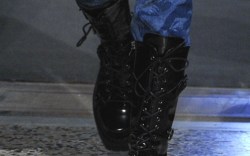 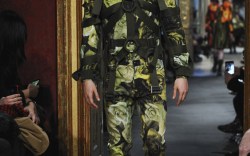 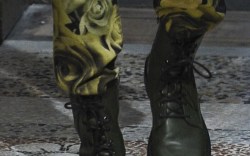 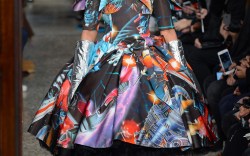 In a sense, Jeremy Scott does have an army of crazed brand devotees (both for Moschino and his own namesake line, Jeremy Scott). Therefore, it was only natural that the designer’s fall ’17 mens show for Moschino — presented today at Milan Fashion Week today — pursued a kitschy, military-on-acid theme.

The collection, which included pre-fall women’s looks as well, took cues from classic military gear — but in that over-the-top Moschino way, of course. Khaki green parkas were painted with a floral print. Military berets were embellished with many silver and gold buttons. A silk dress had both cargo pockets and a tulle train.

To further the costuming, All of the looks were styled with classic lace-up combat boots. They came in black, green and metallic silver. Some men’s styles had green nylon uppers, which resembled rain boots. Women’s versions had thick lug heels.

The show attracted some celebrity guests to the front row, including Paris Hilton, Chiara Ferragni and Sofia Richie.

Marni’s Chunky Sneakers Will Give Your Ankles a Workout