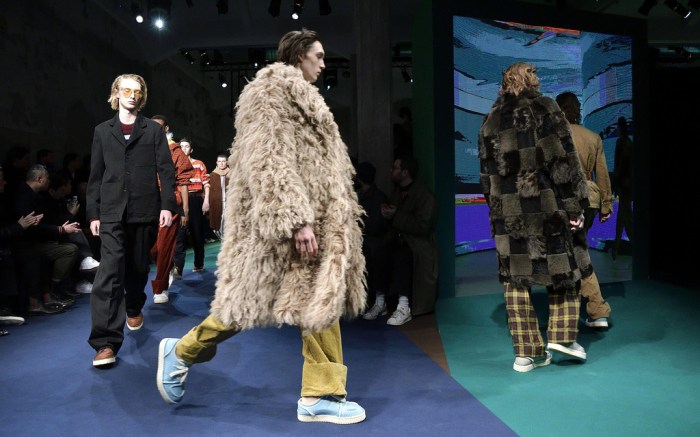 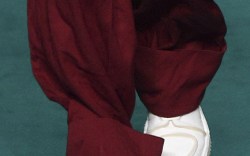 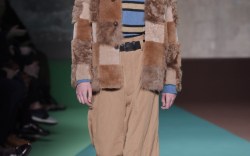 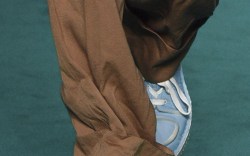 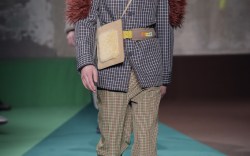 It was a season of changes and experimentation at Marni. The Italian label’s fall ’17 men’s collection, shown today during Milan Fashion Week, was the first season under new creative director Francesco Risso (the role had previously long been held by Consuelo Castiglioni, who exited last October).

In keeping with the label’s search for fresh blood, Marni also worked with Achilles Ion Gabriel, a Paris-based shoe designer who specializes in all things clunky (a Marni signature). Together, they showed a series of cartoonish chunky sneakers, which had thick rubber creeper soles. They were done in white, brown and powder blue.

While the heavy runway styles may give your ankles a workout, they did help ground some of the collection’s more far-out pieces, such as the yeti coats or shaggy feathered hats. (That’s sort of the allure of a Marni show – anywhere else, it appears two times as ridiculous.) But Risso also wove in more wearable pieces, too, such as high-waisted trousers and cool striped knits.

Only time will tell if Risso will delve into more footwear designs of his own in the future. But for now, he kicked off the new gig with a bold start.

For more fall Marni looks, click through the gallery.