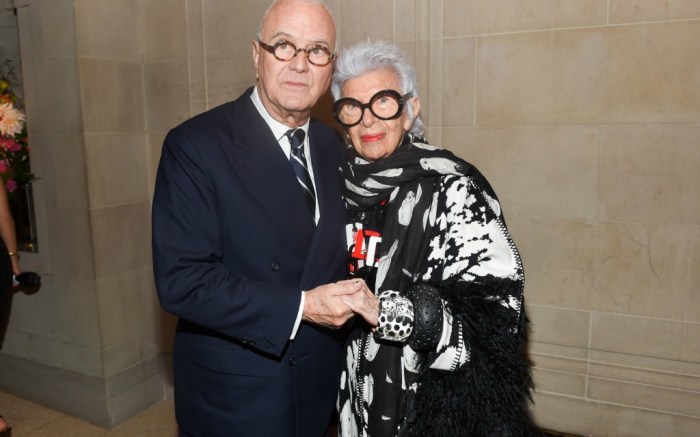 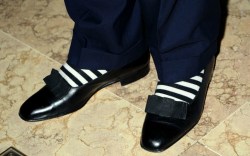 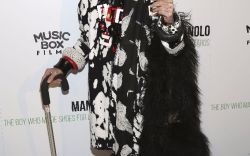 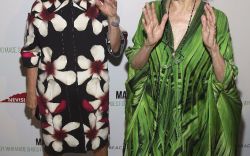 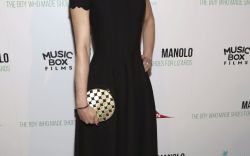 Manolo Blahnik sat quietly in the middle of a screening room at The Frick Collection on Thursday evening as some of his most adoring fans took in his film, “Manolo: The Boy Who Made Shoes for Lizards,” for the first time.

Bianca Jagger (who is a fashion force in the film), Carolina Herrera, Iris Apfel and Veronica Webb all attended the world premiere of the documentary, which is an intimate portrait of the storied designer — a singular force in the footwear world. The crowd laughed during many moments of the 90-minute film, which weaved together fantasy sequences, animation and interviews. Blahnik was a truly compelling character, and big names from all facets of his life, including Anna Wintour, Rihanna, David Bailey, André Leon Talley, Rupert Everett, Isaac Mizrahi, Karlie Kloss and many more heaped praise on Blahnik in the film.

In our cover story this week, the designer told FN that he definitely preferred the parts of the film where other people were in the spotlight

“I don’t want to see my stupid self anymore. People might walk into the theater and say, ‘Who is that freak?’ I asked Michael [Roberts] to film the back of me all the time, but it didn’t happen that way,” Blahnik said.

After the 90-minute film concluded to rousing applause, Blahnik, who worked the room. “Oh, I’m so glad you liked it,” he told this reporter, clearly relieved the big reveal was behind him.

Click through the gallery to see the big names in the crowd and watch Blahnik talk to FN about the documentary here.