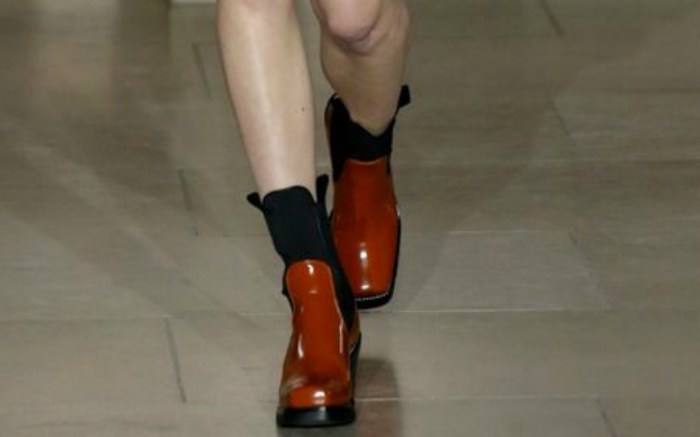 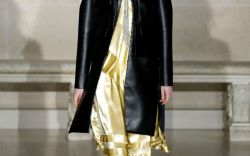 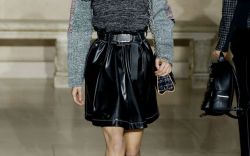 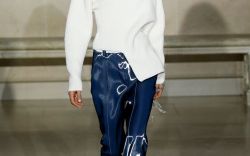 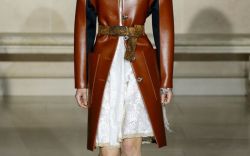 View Gallery 43 Images
You can’t get away from politics these days. And while he didn’t directly reference U.S. border control policy, Nicolas Ghesquière’s show notes at Paris Fashion Week on Tuesday did state that “the notion of frontiers is of fundamental importance.”
But while the ready-to-wear had an oft nomadic vibe, footwear felt reassuringly solid and grounded.
There was an equestrian/motocross feel to the boot silhouette, which came in two heights, with blunted toe. The tall versions had leather uppers, but the calf was entirely stretch. Contrast panels in both white and nude lent a graphic, urban edge.
These boots will work equally well astride a bike or a horse. But you can also wear them in the street.
For the entire collection, click through the gallery.