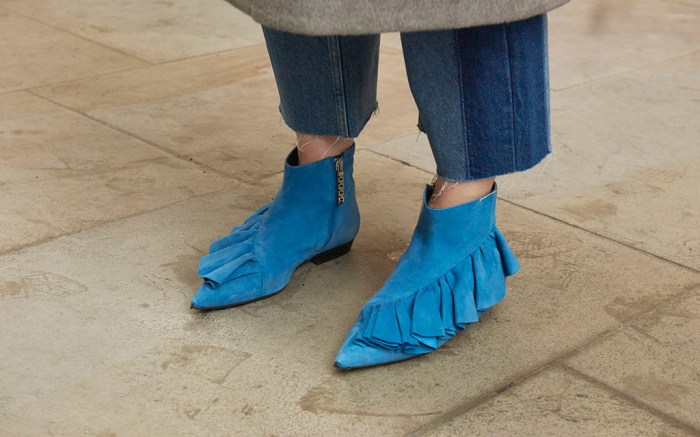 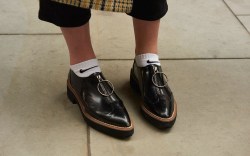 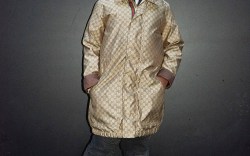 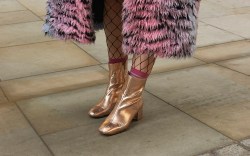 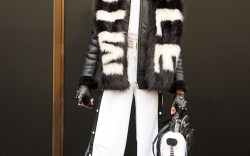 London is known for its eclectic fashion, and the streets of fall ’17 Men’s Fashion Week were no exception.

One trend Londoners seem to have mastered: layering unique socks and hosiery with their heels, sneakers and boots.

Although it’s winter, that doesn’t seem to stop Londoners from continuing to wear shoes in bright hues.

As expected at any fashion week, there were also standout pairs of sneakers including ones by Gucci, Y-3, Valentino and Alexander McQueen.