Jeremy Scott Changes Into Ugg Boots for VMA After Party 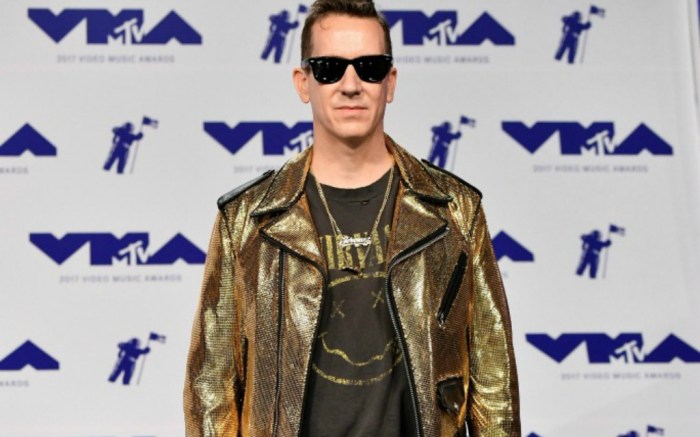 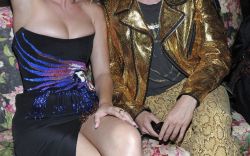 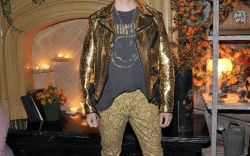 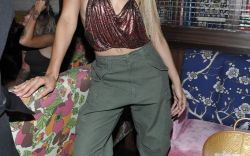 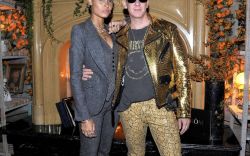 Jeremy Scott stepped out in gold embellished cowboy boots at the MTV Video Music Awards last night, but the Moschino creative director changed things up for his after party with Ugg.

The 42-year-old designer — who has linked up with Ugg for a limited-edition capsule collection that’s set to release next month — was spotted leaving Poppy Nightclub in West Hollywood donning a pair of the cozy boots. Sporting the same gold metallic biker jacket over a Nirvana T-shirt with snakeskin pants he wore for the awards, the only alteration was in his footwear.

“I bought a pair of Ugg Classic boots and fell in absolute love with them,” Scott revealed in a statement earlier this month. “I could not pass up the opportunity to do my own take on the Classic boot.”

Scott’s Ugg boots for the evening were relatively tame compared to the rest of this outfit. Donning the Classic style, the boots read “Ugg Life” in a gothic-inspired script. Inspired by Los Angeles pop culture, the collection comprises eight styles for women, men and children.

Scott attended last night’s awards show with Jasmine Sanders, who he tapped for his Ugg campaign.

The Jeremy Scott x Ugg after party was attended by a crowd of celebrities including Sanders, Katy Perry, Jared Leto, Paris Jackson, Lil Yachty and Adwoa Aboah. And DJ Mia Moretti and the Misshapes kept the party hopping with some hot tunes.

Click through this slideshow to see all the action at the event.