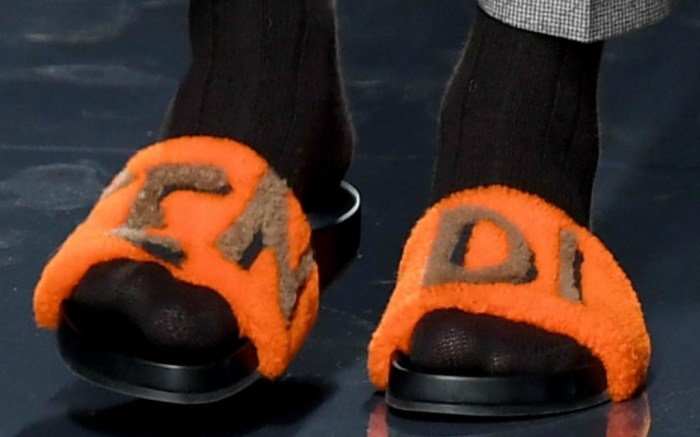 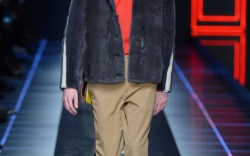 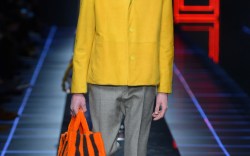 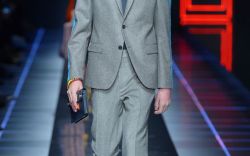 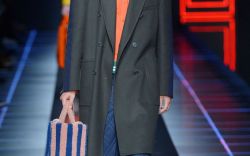 In a season filled with much minimalism and simplicity, Fendi provided Milan Fashion Week with a much-needed energy boost today.

Designer Silvia Venturini Fendi’s fall ’17 men’s collection for the Italian label was filled with unabashed love for color (and quite literally so, as the word “Love” appeared on neon bright sweaters). Elsewhere, poppy hues appeared on her signature furs, as well as on new athletic-inspired pieces that lent the show a very wearable edge.

A lively spirit extended down to the shoes. The Fendi furs, a speciality of the house, appeared on the uppers of slides, which were styled with socks. The sandals here added a dash of humor to the show, as they spelled out “Red!” or “Yellow.” It was a reminder that fashion doesn’t have to be serious. (Though the “Fendi” branded sandals were, frankly, a tad garish).

Meanwhile, sporty sneakers continued the neon racing stripes seen on the clothes, with chunky rubber soles or side zips offering pops of color. Fendi even introduced its own fashion take on the trending sock-fit sneaker.

Simpler styles included leather loafers with collapsible backs, which can double as mules, as well as Chelsea boots with metallic side bands.