Proenza Schouler Showed Its Softer Side With Wrap-Tied Sandals 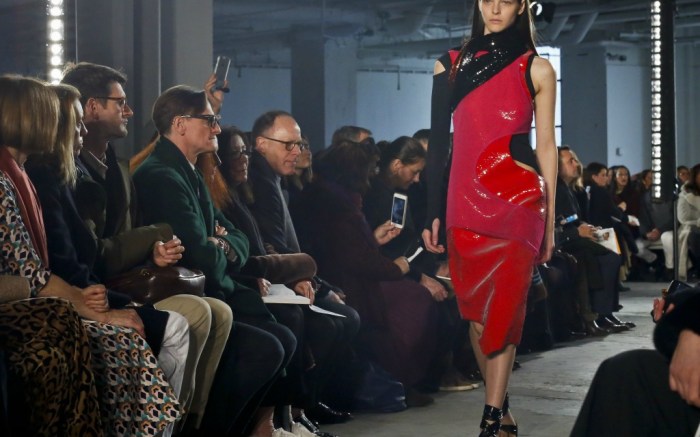 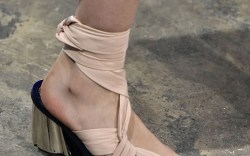 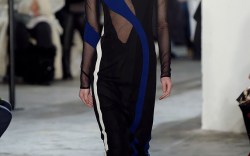 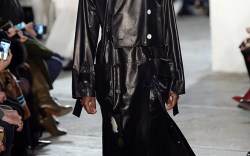 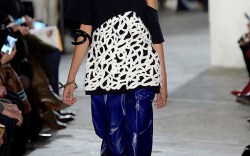 Proenza Schouler’s Jack McCollough and Lazaro Hernandez aren’t exactly known for their subdued style, but the design duo made attempts at showing a softer side this season. The label’s fall ’17 show at New York Fashion Week Monday featured graphic ready-to-wear that was all sharp cuts and punchy colors, but the footwear collection was decidedly more pared back, including the wrap-tied gladiator sandals that were — gasp — relatively simple.

The knotted sandals featured angled metal block heels and were offered in nude, black or pale blue leather. They were a dramatic change from the label’s runway shoes last season, which were extra clunky. It was unexpected, and nice, to see a Proenza single sole. The sandals were especially eye-catching when paired with their cap-sleeved wrap dresses — another look that felt refreshingly simple for the label — and wrap-tied knitwear pieces.

Proenza’s glam-grunge aesthetic did sneak its way in, though. The designers showed pointy ankle boots this season, either in silver metallic or striped mixed-media treatments. They lent a sharper, more menswear-inspired vibe to the oversize shearling coats.

For more of the Proenza Schouler shoes, click through the gallery.