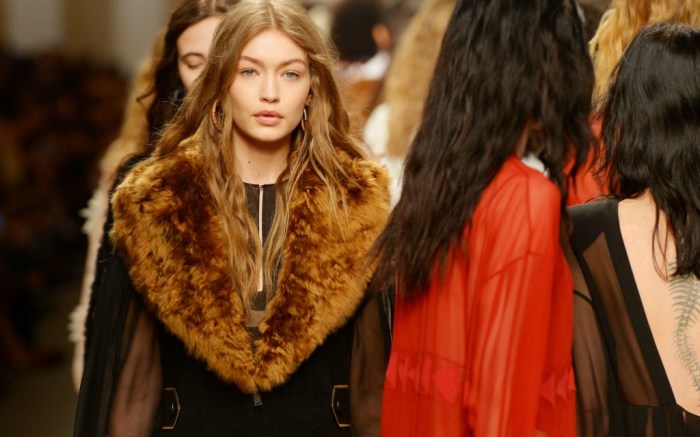 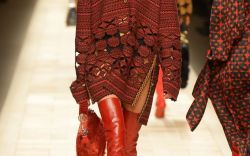 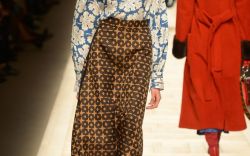 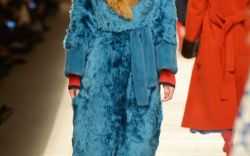 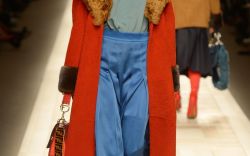 It’s official: Red is the accent color of the season. And nowhere was that more resoundingly clear than at Fendi’s fall ’17 show. Forgoing a plethora of footwear options, designers Karl Lagerfeld and Silvia Venturini Fendi sent out one single style of boot, done in two piping hot shades of red.

The over-the-knee, pointed-toe style, referred to as cuissardes in show notes, was done in either stretch patent fire-engine red or a velvet cabernet shade. Elastic ribbing gave them a fitted shape. Paired with mainly warm neutrals and a Prince of Wales check, they underscored the overall importance of red as a key pop hue.

The show notes vaguely cited a “cinematic character” roaming the streets of (where else?) Rome, Fendi’s home. In boots this bold, she surely wouldn’t go incognito.