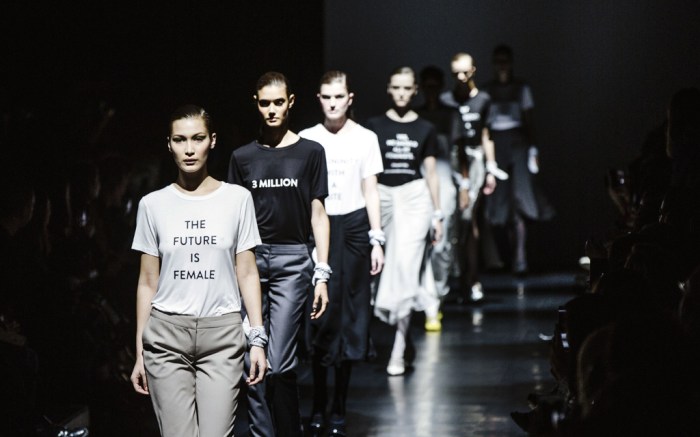 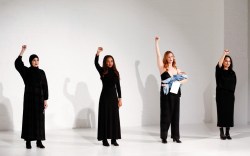 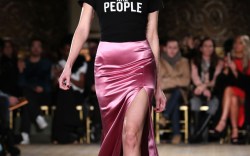 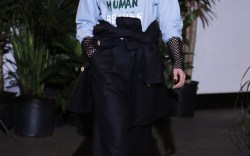 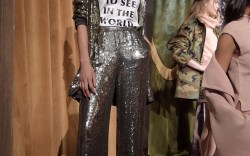 The Future Is Female. People Are People. We Are All Human Beings.

These were just a few of the statements that designers made during their New York Fashion Week runway shows. As eyes turned to New York for the fall ’17 collections, many designers chose to use their platforms to spread positive messages at a polarizing time in the United States and around the world.

Models in Prabal Gurung’s show wore T-shirts that read, “The Future Is Female,” “Revolution Has No Borders” and “Nevertheless, She Persisted.” Gurung himself wore one that said “This Is What a Feminist Looks Like.”

Christian Siriano dressed one of his models in a shirt that said “People Are People.” Both Gurung and Siriano also tapped into another issue that has persisted in fashion for years: the lack of models who are larger than a sample size. Both designers included models of all shapes and sizes.

Mara Hoffman chose to give a platform to some very important activists: the organizers of the Women’s March on Washington. Co-chairs Tamika Mallory, Carmen Perez, Bob Bland and Linda Sarsour gave remarks at the beginning of Hoffman’s show and touched on the need to defend the most vulnerable people, to celebrate each other’s differences and to fight for justice for all, capping it off with a familiar sentiment: “Women’s rights are human rights.”

While New York Fashion Week is coming to a close on Thursday, it’s certainly possible that designers showing collections in London, Milan and Paris could also choose to make their own statements.

Click through the gallery to see more designers that made political statements this season.

Ivanka Trump at New York Fashion Week Through the Years

Melania Trump at New York Fashion Week Through the Years