12 Shoes That Show Off Designer Logos 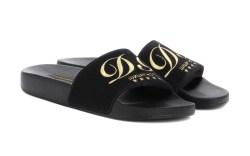 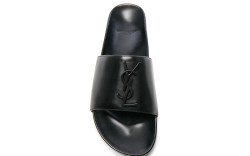 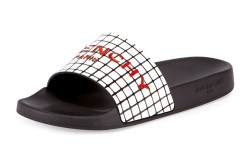 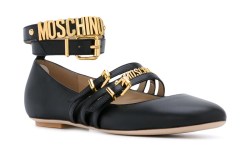 The consensus is clear: Logos are in.

After many seasons of concealing their logos in favor of a more subtle look, designers are back to showing off their signature stamps. Gucci and Louis Vuitton are leading the way, with their allover logo prints adorning shoes, bags and other accessories.

Gucci designer Alessandro Michele has shown his clear appreciation for the house’s archives with his use of the Gucci print on his designs, including the ever-popular slide, as well as sneakers. He offers a fresh take on the print by overlaying it with animal or floral designs (like the above style).

Louis Vuitton, whose bags have long been splashed with its LV logo, is now using the logos on its footwear, including sandals, boots and more. Other designers, such as Givenchy, Kenzo and Philipp Plein, are going bold by putting their entire name across a shoe. GCDS’ logo resembles a varsity logo, while Tory Burch has always stuck to her classic “T.”

Designers are clearly offering permission to show your allegiances, and we think it’s totally cool to have more than one.

Click through the gallery to shop more designer logo shoes.

Why Designers Are Focusing On Resort Collections in a Major Way

Emerging Shoe Designers Talk Launching Their Line &amp; How to Stand Out