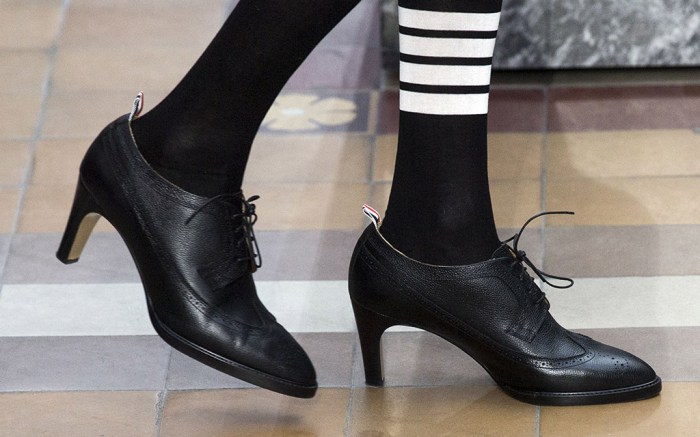 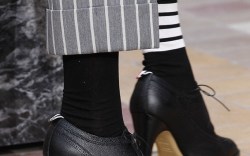 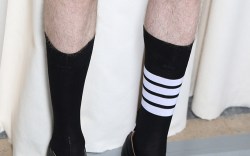 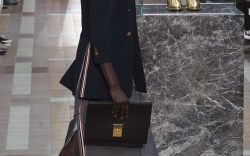 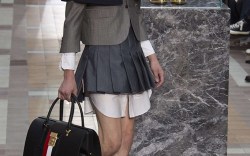 While Paris Fashion Week offered up plenty of luxurious sneakers for men, the spring ’18 shows also offered a number of wacky, experimental shoes to take in. Designers played up their theatrical shows with bold footwear styles.

Who better to lead the pack than Thom Browne? The designer — known for his avant-garde runway shows — showed men’s heels this season. The genderless collection included lace-up oxford heels and pleated skirts for him.

Meanwhile, Kenzo’s latest collection includes sneakers that are laced up from top to toe. As for Sacai? The brand is pushing clogs this season, adding thick lug soles and slingback straps. So un-chic, it’s almost chic.