The Craziest Shoes Christian Louboutin Has Ever Created 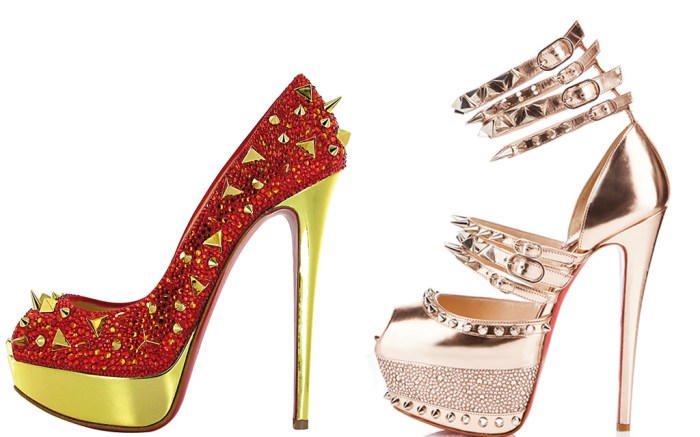 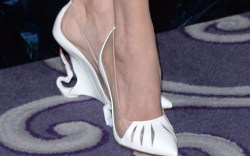 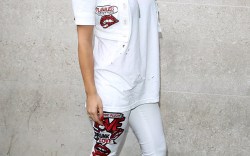 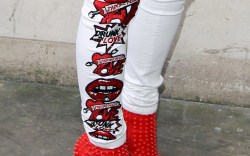 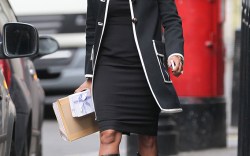 Christian Louboutin long ago cemented his position as a shoe designer presenting some of the industry’s most coveted collections. His prominent red-bottomed shoes have become synonymous with the idea of luxury footwear just as Louboutin himself has become synonymous with designing the craziest shoes — part fashion, part art. This in turn has led to a wealth of styles over the years, from the red carpet to the streets, that are as beautiful as they are eccentric.

Louboutin’s fall 2017 women’s and men’s collections are shining examples of the eccentric, cool shoes the designer creates. The Royal Strass platform, covered in Strass crystals, is essentially a glittering disco ball in shoe form. In the same ’70s vein, the Benichoupette platform from that collection features eclectic details, from sequins to crystals to a fluffy fuchsia fur ankle opening.

Louboutin then took inspiration from the ’90s for his new men’s sneakers, the Loubikick. The color-blocked styles utilize leather, suede and water snake, as well as spikes on the side panel. Keeping it bold and zany, the luxe details on the shoes make it not the average basketball gear. Spikes are more than up the designer’s alley when it comes to men’s shoes, as the label’s Spiky Rollerboy leaves no surface of the slip-on shoe untouched.

Then there are brand classics such as the Very Mix heel, which is not the everyday work pump. The peep-toe shoes feature beads, crystals and, naturally, all-over spikes plus a nearly 6-inch stiletto heel. Reminiscent of this style is also the Christian Louboutin for Rodarte Isolde shoe featuring the infamous spikes, primarily along the strap closures.

Louboutin has also designed stunning, one-of-a-kind styles for special collaborations. Most notable are the Ballerina Ultima shoes created in 2007 in conjunction with photographer David Lynch. Louboutin exposed virtually the entire red bottom of the extremely pointed shoe, which would force the wearer to balance on her toes, making the shoes more art object than wearable piece.

But Louboutin’s avant-garde styles don’t stop there. In collaboration with Angelina Jolie, the designer created the “Maleficent” shoes, featuring a horn-shaped wedge heel inspired by the 2014 film of the same name. The label’s Alex pumps were also a buzz-worthy style, with the shoes, lion paw detailing causing an uproar.

Marina Larroude, fashion director for Barneys New York, explained in a recent cover story for Footwear News how it is actually Louboutin’s artistic creativity that propels the brand to best-seller status. “Louboutin clients keep coming back for more,” she said. “They are like a collector’s item. Customers want the pump in various colors, as well as his novelty pieces. His shoes don’t go out of style after a season. They are an investment piece.”

These styles just graze the surface of the many crazy shoes that Louboutin has conjured up over the years. Click through the gallery to see celebrities like Blake Lively, Rita Ora and Sarah Jessica Parker rocking some of his most daring designs.

Christian Louboutin Gets Candid on 25 Years in the Business

In His Words: Christian Louboutin on the Competition, Parisian Women and Why Businesses Fail