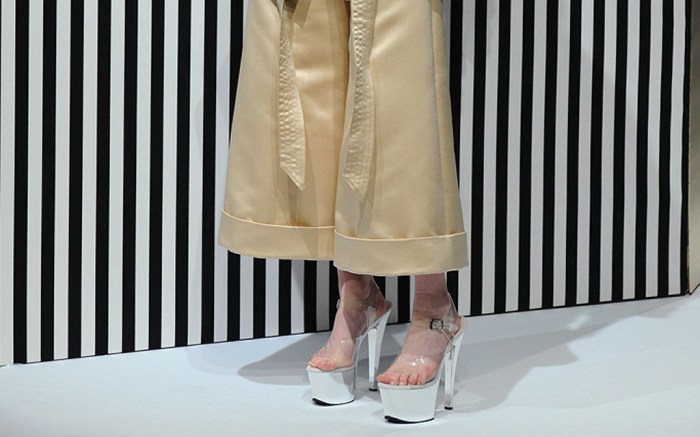 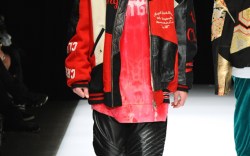 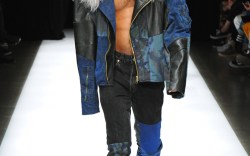 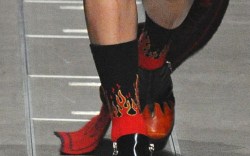 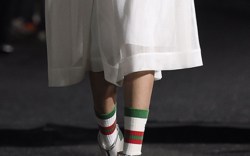 Tokyo Fashion Week is widely known for its innovative labels and cutting-edge designs. Unlike the refined collections seen in Paris and Milan, Tokyo–based designers aimed for a bolder message for fall ’17 — a mission statement that extended right down to the shoes. We’re highlighting some of the craziest styles to hit the runways.

At AKIKOAOKI, refined trenches were paired with erotic-inspired plastic platforms — talk about a juxtaposition. The mega-platform continued on throughout the week. At Doublet, platform boots featured flame motifs while at Murral, the silhouette was a tad more wearable for every day.

At Growing Pains, the slouch boot — a major trend for fall — was taken to new extremes with a shiny red finish and fringe accents. Theatrical footwear proportions continued at Kisada, which added tulle bows to its sneakers.

D-vec served up clear boots, boldly styled with colorful socks. (For our tips on how to wear that daring trend, click here).

The Craziest Shoes Seen on the Streets of New York