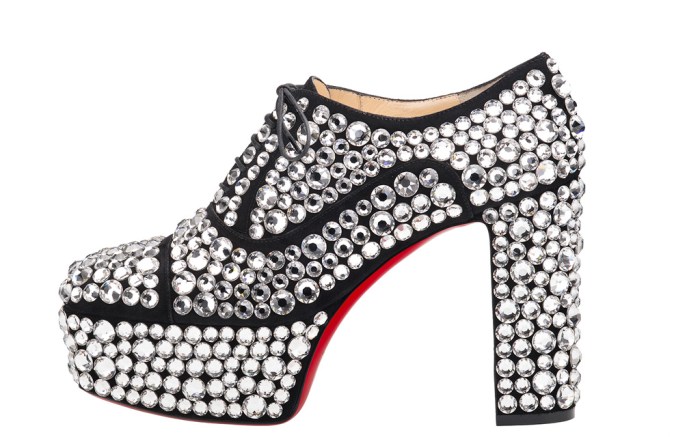 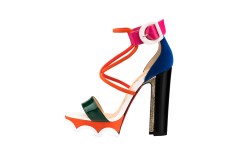 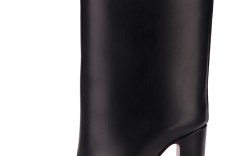 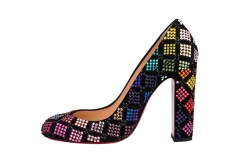 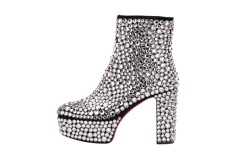 The women’s designs are higher, flashier and more impactful than ever before. “There are a lot of shapes and a lot of printed textures,” Louboutin told Footwear News.

Standout highlights include the Royal Strass platform, which is entirely covered in shiny Strass crystals (Elton John, we’re looking at you). The Atletika sandal in leather and velour features a scalloped sole. Magenta fur accents appear on a variety of styles, from ankle boots to mules.

Simpler styles include the Latinotte sandal with ruffled trim, the buckled Mistiroir pump, and Louboutin’s new patent Bag Booties — which, for a touch of humor, indeed double as a bag.

Meanwhile, amped-up men’s styles, from dress shoes to sneakers, are fit for the daring fashion gent. Louboutin was particularly struck by the idea of gender fluidity this season. “A lot of the men’s shoes I’ve designed, I’ve also been doing them for women,” he said.

For instance, the women’s collection includes laceups and loafers that are built from his men’s lasts. As for the men’s collection, he offered daring new Cuban-heeled boots, some covered entirely in sequins (we can see Harry Styles wearing these in a second).

A number of dapper loafer styles appear throughout the men’s collection, too. Treatments include rose appliqués, embroidery, printed velvets and subtle studding.