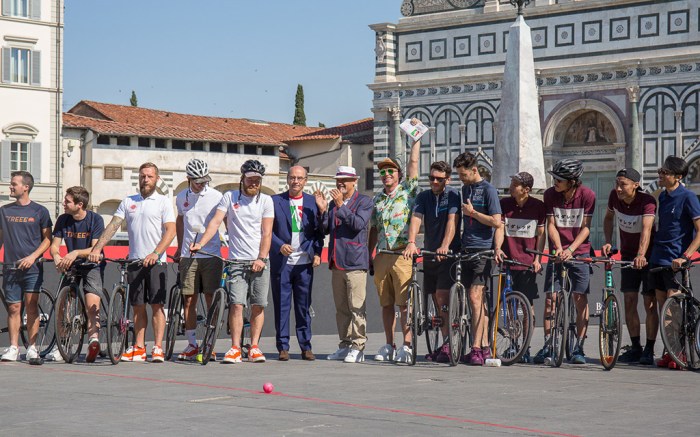 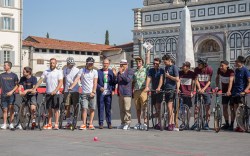 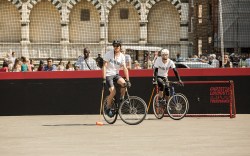 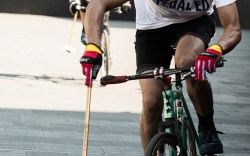 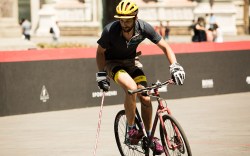 To mark the event, Louboutin introduced a new fall ’17 sneaker silhouette. Evolving from his recently debuted Loubikick high-top style, he introduced the Aurelien low-top, which takes cues from 1990s basketball fashion. The style comes in three finishes — white, black and color-blocked — and features a cup sole construction that cradles the foot.

Bike polo consists of three players on bikes who try to hit the ball into the opposing team’s goal using a mallet. Each competing team at Louboutin’s event wore a different colored Aurelien sneaker. If you want to get your hands on the styles, they are available for preorder on Louboutin’s e-commerce website. (See the three colorways below.)

For more images from the event, click through the gallery.

Crazy Shoes on the Runway at Graduate Fashion Week in London