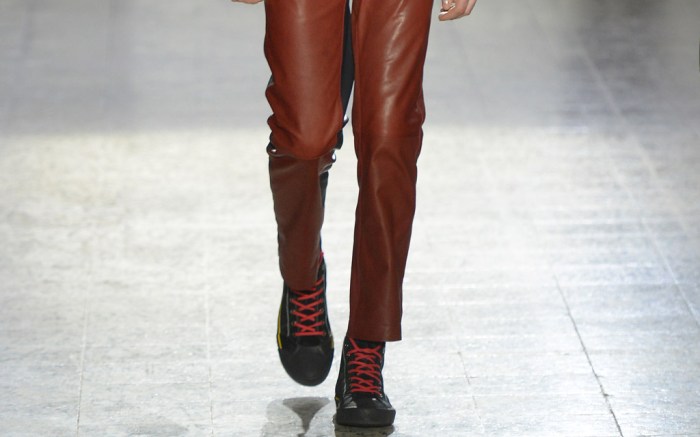 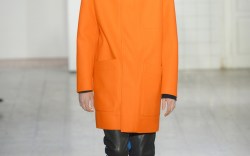 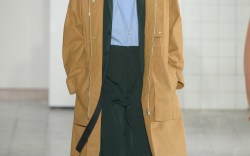 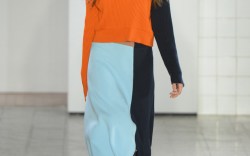 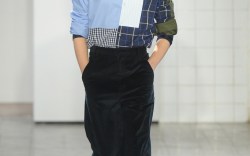 Another womenswear designer is tapping the men’s scene. Cedric Charlier showed his inaugural men’s collection today at Milan Fashion Week, combining both his men’s and women’s fall ’17 collections into one showing (an industry trend we’ve seen at Dsquared2, Moschino and Prada this weekend).

The debut collection did not shy away from its use of color. Charlier infused bold color pops throughout a predominately black and gray lineup, such as neon yellow turtlenecks worn under a gingham button-up. This idea translated to the sneakers, too, where high-top sneakers had yellow racing stripes along the side. They were done in velvet or canvas.

Meanwhile, the women’s offering — which debatably overshadowed the men’s — continued the colorful message. Charlier showed below-the-knee boots in primary hues of orange, yellow  and red. Some of the shoes were color-blocked against the apparel, while others went monochromatic such as the yellow long-sleeved, below-the-knee dress paired with matching yellow boots.