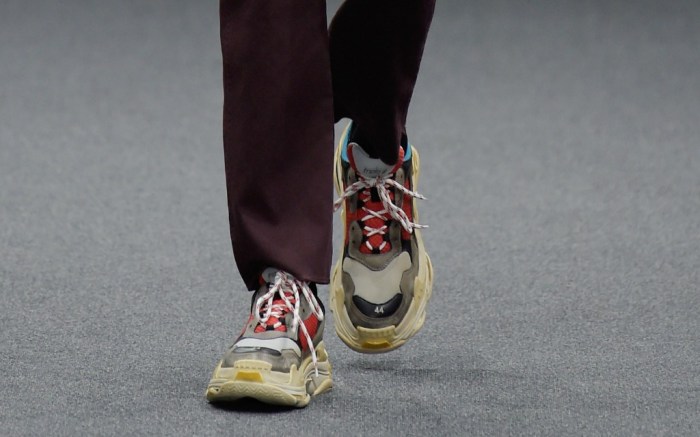 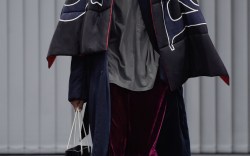 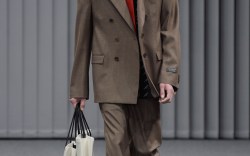 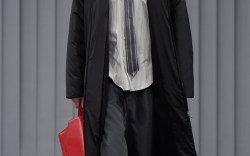 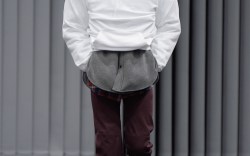 It’s somewhat comical to imagine Balenciaga’s Demna Gvasalia working a nine-to-five desk job, but the disruptive designer offered his version of corporate dressing this season. The fall ’17 men’s collection, shown today at Paris Fashion Week, included classic workwear items like tailored topcoats and two-piece suits — but styled in his own way, of course, with the shirts completely unbuttoned underneath or worn with new takes on the fashion house’s Triple-S sneaker.

Unlike Gvasalia’s more experimental designs at his own label, Vetements, his show for Balenciaga this season felt refreshingly pared back. The collection had its own identity, as opposed to previous seasons when a Balenciaga look could easily be mistaken for Vetements.

Still, his innovative eye was present, such as in the plastic-looking leather blazers he did in a shiny orange, paired with simple jeans.

As for the shoes: There were leather biker boots with metal toe caps, as well as Triple-S sneakers that featured broken-in construction and triple-stacked soles. The sneakers here were finished in a purposely rough and undone fashion — perfect for wearing on that grimy subway ride.