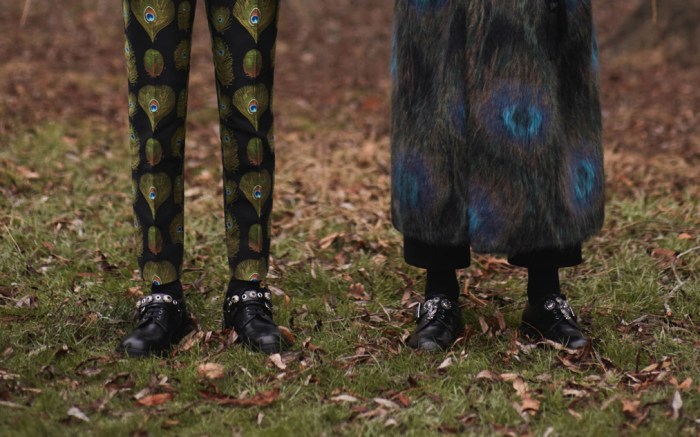 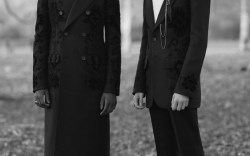 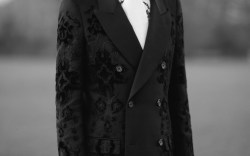 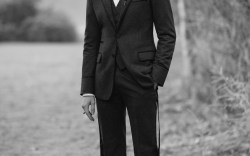 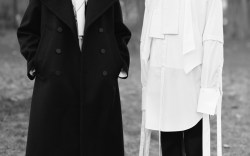 Today, Alexander McQueen menswear is much associated with buzzwords such as gentlemanly, dapper and British. Creative director Sarah Burton — who herself apprenticed on London’s Savile Row – has brought a sharp, tailored eye to the fashion house, and this season she continued that sartorial message today by having little bit of fun with it, too, at Milan Men’s Fashion Week. She debuted bejeweled dress boots and punk-like suiting.

To round out her new suits and tailored topcoats, Burton paired the looks with crystal-embellished dress shoes. There were kiltie-front brogues, which had a crystal pilgrim buckle on the front. Lace-up biker boots had metal studs along the midsole — again with the punk influences — and crystals all over the straps.

The collection wasn’t all punchy, though. Burton made attempts at juggling the hard-edge pieces with softer ones, such as a beautiful double-breasted coat with shearling lapel. It was worn with simple leather lace-up boots that had a slight riding boot feel to them. Classic black lace-ups rounded out the offering.

In past seasons, Alexander McQueen has displayed similar updates to the classic boot. For fall ’16, the label introduced hand-painted boots with floral designs.