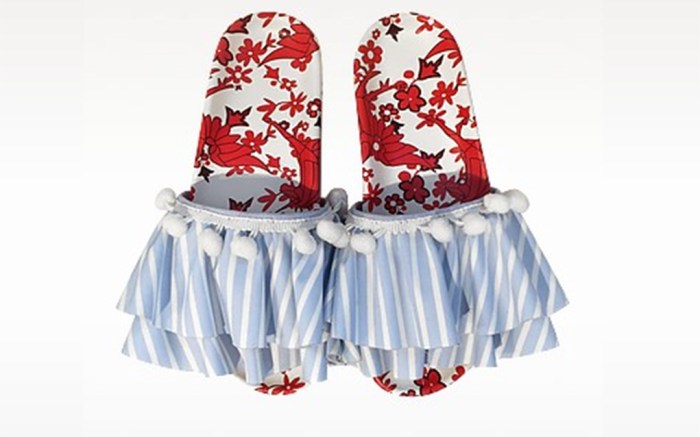 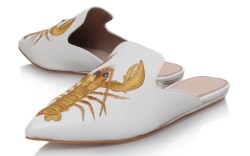 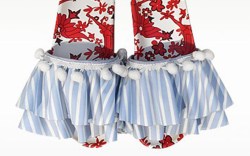 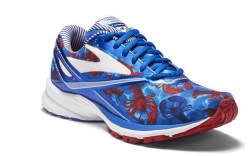 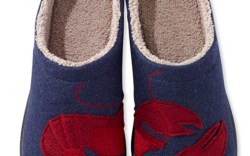 It’s National Lobster Day, and as actress Amanda Bynes would say on “All That” circa the 90s, “Bring out the dancing lobsters!” Or better yet, just bring on the lobster-adorned shoes.

The crustacean-centric holiday is observed each year on June 15. Lobster lovers will partake by eating the seafood in its various varieties, from boiled with melted butter to a creamy bisque to a classic lobster roll. But for those that want to go the extra mile, there are festive shoe options that take the celebration from the dinner table down to the toes.

A look at some of the styles from major labels reveal that designers are all about embracing lobster shoe style. Kurt Geiger’s Otter lobster-embroidered velvet mules are a current option that has been trending on social media, overtaking the hashtag #lobstershoes on Instagram with an array of images by stylish users.

Not to be outdone, however, is Brooks Running, whose women’s Launch 4 shoes are offered in a blue and red colorway featuring a lobster print that runners have proudly shown off on Instagram. The limited-edition “Brooks Boston” sneaker was created by the brand to celebrate the city both as a host to the Boston Marathon and as a place that is synonymous with the lobster itself.

Even further back, designers including Giuseppe Zanotti and Charlotte Olympia added their touch with luxury lobster heels. Zanotti’s SS ’14 style maintained a streamlined, minimal look with a neutral-colored sandal base and gold lobster embellishment.

Olympia, on the other hand, went full-color.  The designer decided to skirt the typical route of red and instead opted for an orange lobster for her quirky spring ’14 pair.

Check out what styles designers came up with for the current season by clicking through the gallery to see lobster-adorned shoes just in time for National Lobster Day.