See the Designer Shoe Favorites Shrunk Down for the Kid Crowd 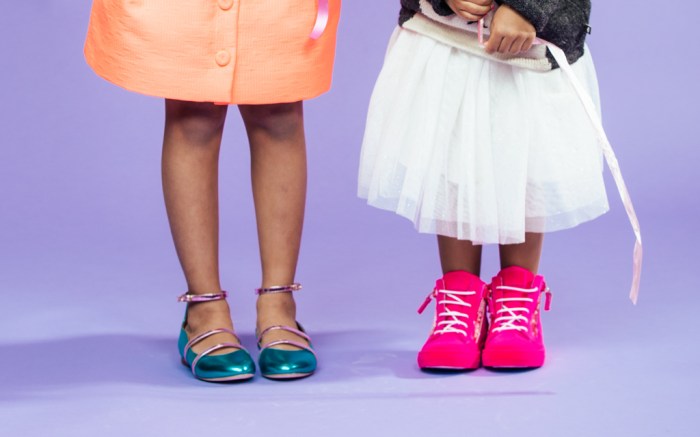 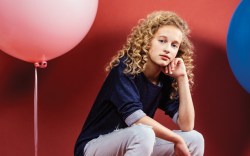 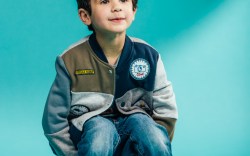 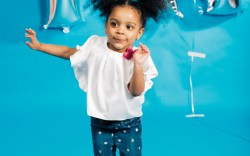 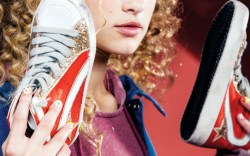 Call it the mini-me movement. These days, many top designers are responding to the demand to dress children as fashionably as possible (and to match their parents) by offering signature styles for the playground set.

Footwear News called on six kids we happen to know (full disclosure: most of their parents work for the magazine), aged from 3 to 13, to play model for an afternoon. For the most part, we let them pick the shoes they would wear here.

Shoes with eye-catching flourishes drew the most attention, such as Giuseppe Zanotti’s shocking pink felted high-tops, which are specially spray-painted to give them a tactile finish. Charlotte Olympia also loves a velvety children’s shoe, which she offers in her women’s collection as well.

Golden Goose scored high kid points with its distressed sneakers tricked out in crafty glitter and stars. Akid’s recolored blue leopard Velcro courts were a little bit preppy, a little rock ‘n’ roll. And Marvel’s Spiderman trainers were so good our little model did not want to take them off (second full disclosure: we may have let him keep them).

Click through the gallery to see more designer kids’ picks.