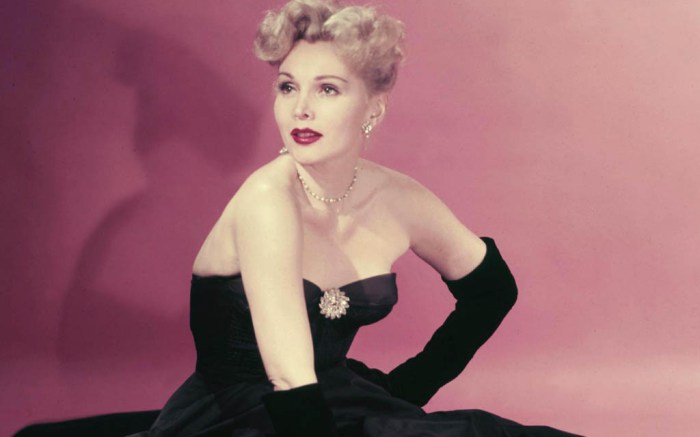 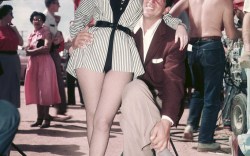 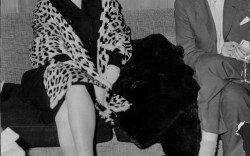 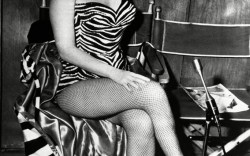 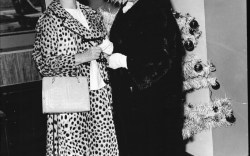 Zsa Zsa Gabor is a name you don’t forget. And the woman with the name is unforgettable as well. The Hungarian-born star rose to fame in the 1950s as a Hollywood actress, and at the 1958 Golden Globes she received a special Most Glamorous Actress award — an honor no one else can claim. The category was discontinued the next year.

Gabor died in December at age 99. Movie fans had more mourn following the death of her friend Debbie Reynolds, who suffered a heart attack and died one day after her daughter, Carrie Fisher, died.

Gabor is best known for her role in “Moulin Rouge,” her many husbands (read: her favorite leopard print boots outlasted seven of her nine marriages) and of course, her glamour: She encapsulated what it really meant to be a star during the Old Hollywood era.

In the wake of her death and tonight’s award show, FN rounded up some of the star’s most glamorous moments.

In 1952, Zsa Zsa stunned at the Cannes Film Festival draped in dramatic tulle.

In 1952’s “The Story of Three Loves,” opposite Farley Granger, she was big-screen bombshell.

Zsa Zsa often completed her chic head-to-toe style with furs, such as when she exited an airplane in 1954 wearing a luxe skin and a pair of pumps, looking like a million bucks.

In 1958, Gabor is seen primping, as all glam queens do, before she leaves a hair salon in New York City. Of course, it was an occasion that called for white gloves, jewels and a heavy-handed touch of lip liner.

The star shows off in heeled sandals in Capri with singer Mario Lanza while filming their movie “For the First Time.”

Draped in pearls and wearing matching white gloves with her young daughter while out and about in Rome, the actress was the epitome of glamour.

And if you still weren’t sure whether Gabor deserved that award, here she is showing off her diamond ring with new husband, Hal B. Hays.