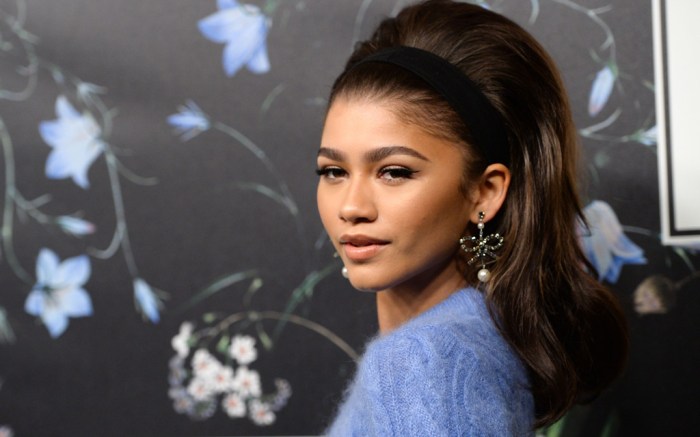 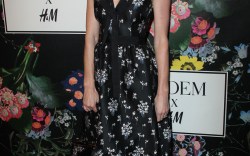 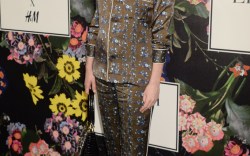 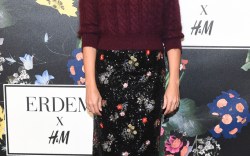 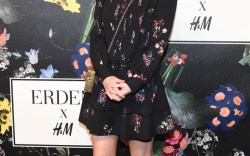 The stars aligned for the Erdem x H&M launch event in Los Angeles on Wednesday, stepping out in chic looks from the new collection and offering their own takes on how to best style the new wares.

Disney star Zendaya led the pack in a blue knit sweater and tea-length skirt, both by Erdem x H&M, which she paired with white pumps for a ’50s-inspired look. The 21-year-old, who has an eponymous shoe and apparel line, continued the vintage thread with her hair, opting for a voluminous half-up style, and accessorizing with dangly earrings, also from the collection, and a Bulgari ring.

After appearing in “Spider Man: Homecoming” this summer, Zendaya is moving away from her Disney roots and toward more adult material. She stars alongside Zac Efron in “The Greatest Showman,” which debuts Dec. 25.

Kirsten Dunst — who starred in an earlier iteration of “Spider-Man” in 2002 — also attended the event, sporting floral Erdem x H&M silky pajamas, which she paired with shiny black pumps.

Like Zendaya and Dunst, Kate Bosworth opted for Erdem x H&M apparel at the event, wearing a black dress with a silver flower print, which she teamed with bejeweled black flats from the collection.

Click through the gallery to see their stylish looks at Erdem x H&M’s launch party.